Social media website Phantasy Tour has partnered with the National Independent Venue Association (NIVA) to produce a series of collectible trading cards featuring independent venues on sale now at https://merch.phantasytour.com. The first-ever Phantasy Cards Venue Series features 54 venues from across the country, each with its own card. They include hometown favorites such as The 8×10, The Greek Theatre at UC Berkeley, Tipitina’s, the Boulder Theater, and McMenamins Crystal Ballroom. Proceeds from sales of the Venue Series support NIVA and its mission to preserve and nurture the ecosystem of independent venues and promoters throughout the United States (https://www.nivassoc.org).

Phantasy Tour, a popular online destination for live music fans, began producing live music-themed trading cards in 2019. Its first two series of officially licensed trading cards feature 97 musicians from 21 bands. Series One is sold out; Series Two is still available. The cards offer an opportunity to bring fans and bands together during a time when concerts with live audiences are paused. They provide live music fans a fun way to connect with each other, support artists, and now support venues. Collectors have enjoyed trading the cards to complete their sets, performing box breaks, getting artist signatures on their cards and framing them for display.

“Collaborating with NIVA on a venue series was a natural extension of what we’ve been doing with Phantasy Cards,” said Phantasy Tour founder Paul Glace. “We are thrilled to bring a little bit of venues back into fans homes until we can return to the venues in person. Fans can feel good knowing that their venue series purchases support NIVA and their efforts on behalf of our struggling independent venues.”

Each card in the series features a photo of the venue on the front, venue information on the back and a foil stamp for authenticity. The cards are randomly sorted into packs containing 9 venues each. In addition to packs, collectible display boxes containing 16 packs are also available for sale. The cards and packaging were designed by Nate Gonzalez of The Moon Life (https://themoonlife.com). 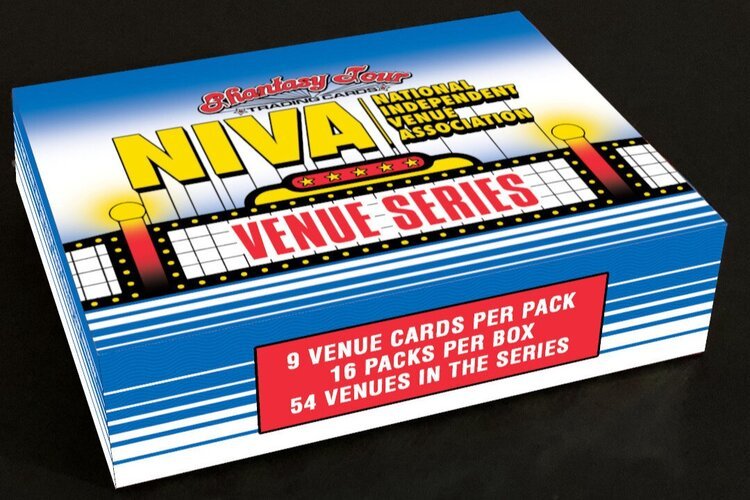 Formed at the onset of the COVID-19 shutdown, the National Independent Venue Association (NIVA), now represents more than 3,000 members in all 50 states and Washington, D.C. NIVA created and led the #SaveOurStages campaign, resulting in landmark legislation establishing the “Shuttered Venue Operators” Grant program to be administered by the Small Business Administration. NIVA’s mission is to preserve and nurture the ecosystem of independent live venues, promoters and festivals throughout the United States. The National Independent Venue Foundation (NIVF) was founded to further this mission by also seeking to support a transparent, competitive marketplace serving a diverse and inclusive community of artists, fans, and industry workers. The NIVA Emergency Relief Fund (ERF) is a tax-deductible way for individuals, companies, and foundations to contribute. The NIVA ERF directly supports the preservation of the independent live entertainment ecosystem that presents music, comedy, and the performing arts, helping these critical spaces survive through the Coronavirus pandemic. Individuals, foundations, businesses, and organizations that are interested in contributing to the NIVA Emergency Relief Fund should visit nivassoc.org/erf. 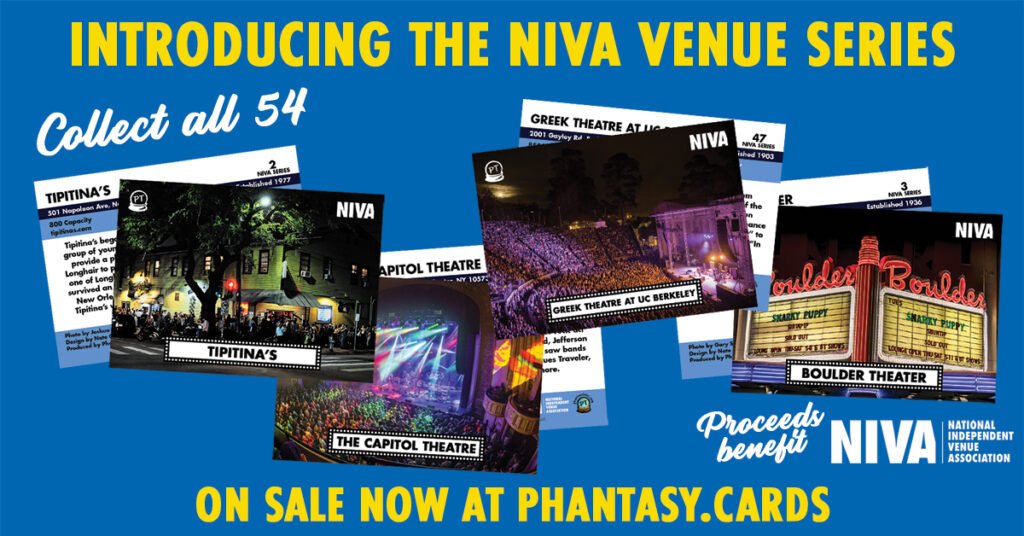