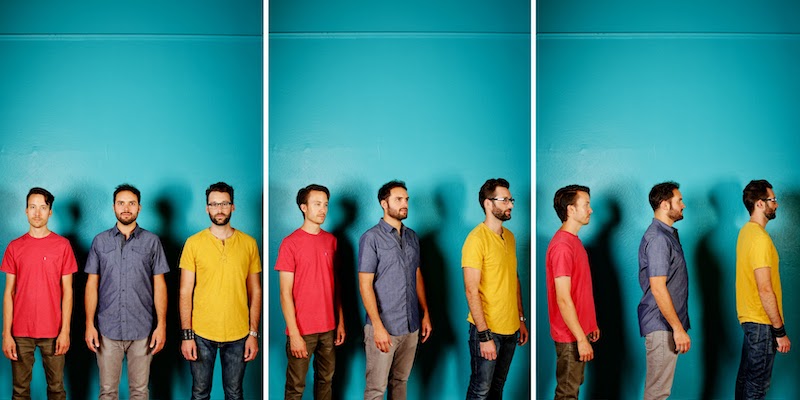 Jimkata, an indie synth-rock band created in New York, consists of three friends with a long history together.

Like many relationships, their’s was put to the test.  After forming a band in 2005, they released 5 albums and toured tirelessly for a dozen years.

They gained popularity playing festivals nationwide, honing in on their unique sound which synthesized 80s pop with 90s grunge and a blend of hip-hop and indie-rock.   Their songs brought audiences to their feet in clubs, house parties, and festival grounds.

But 12 years later, the band had to take a step back in order to take a step forward.  They pushed pause on their performances and recordings, and the three friends went their separate ways for an indefinite break.

“We just reached a point where we felt unsure of how to continue,” says guitarist/singer Evan Friedell. “It seemed like the right time to step away and do a little soul searching.”

That’s exactly what Friedell did – he stepped all the way to L.A.   And he took some personal time to take voice lessons, write new material and even play in other bands.

And the others did the same soul searching and exploration.  Aaron Gorsch (guitarist/keyboardist) stayed in New York and became a first-time dad. Patty Lunn (drummer) joined Friedell in Los Angeles and continued to dig deep into his electronic production skills.

Jimkata might have stopped touring, but the fans never stopped listening.  And the band was hearing their message loud and clear.

“We kept hearing stories about the difficult times our music had gotten people through, and that outpouring really helped us understand that what we were doing was bigger than we’d ever realized, ” says Friedell.

Lunn and Friedell had laid down some demos in Los Angeles, and they got together with Gorsch to see if they could grow into new Jimkata tunes.

The inspiration continued as they reunited as a band, finally playing as a trio after 4 years apart.

Eventually, the three of them got back into the studio and recorded Bonfires, their newest 10-track LP. 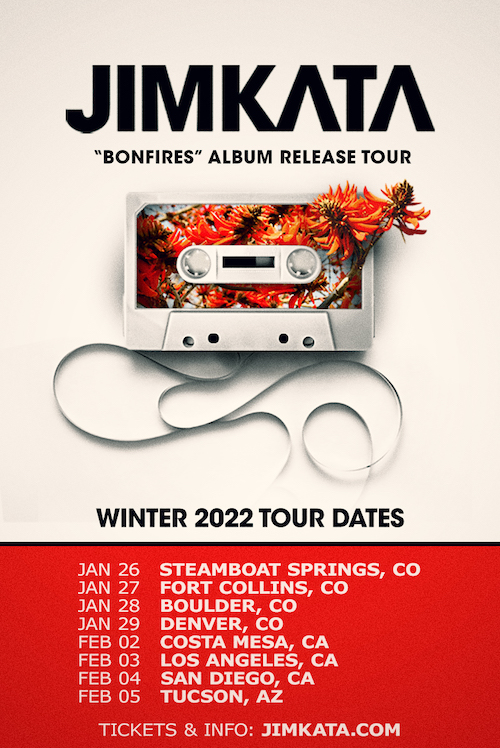 The Burnout Ends With Bonfire

Jimkata played their first show in over 4 years last Summer at the Finger Lakes Grassroots Festival in New York.  This year, the childhood pals are excited to reunite with their old fans, while sparking a flame in new listeners.

The 8-stop tour will visit Colorado, California, and Arizona starting at the end of January 2022.

Grab your tickets, and don’t miss out on this band’s come-back tour.  It’s sure to be straight fire.

Tickets on Sale at jimkata.com/tour/

New York-bred synth-rock band Jimkata has been pairing playful, buoyant melodies with weighty, emotive lyrics since its members – three lifelong friends – formed the project in 2005. The group notched nationwide festival performances and released a series of critically-acclaimed studio albums before taking a hiatus in 2017.

Bonfires is a bracingly original collection of dance floor-ready records that simultaneously feel modern yet classic, blurring the lines between the organic and the electronic as they reckon with doubt, struggle, and perseverance in a search for truth and meaning. The 10-track album boasting 500,000+ combined streams across platforms.