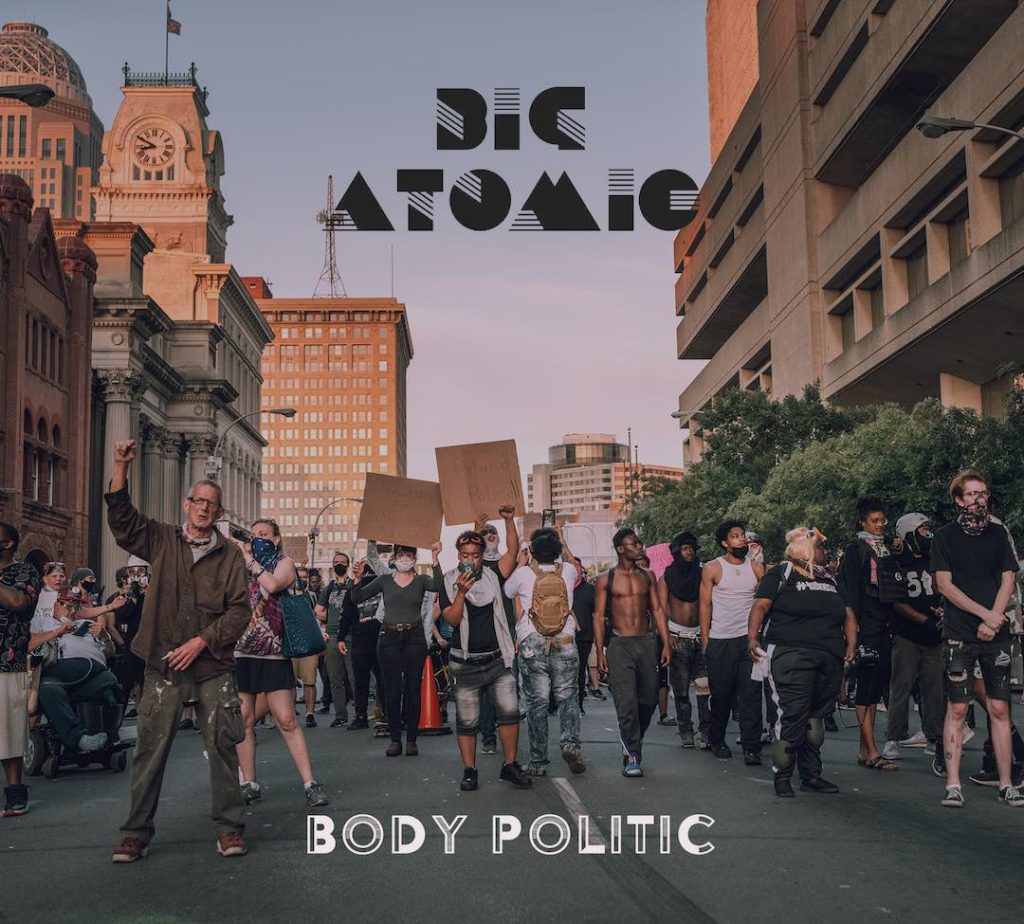 Big Atomic spreads the gospel with their funky workmanlike approach that combines texturally soulful builds with animated instrumentals. Mixing shades of The Revivalists and 311, Big Atomic proves that making music for a cause can still be funky and explosive.”

Body Politic was written in support of the Black Lives Matter movement and inspired by the band’s participation in regional protests last summer. Although the album will be officially released to the public on June 25th, 2021, fans can reserve it now through the band’s GoFundMe fundraiser which benefits underrepresented and underserved communities in the greater Louisville area.

In celebration of the release, Big Atomic has also added a handful of new live shows to their calendar.  A full list of dates can be found below with more dates to be announced soon.

Recorded in their hometown of Louisville, KY at DeadBird Recording Studios, Big Atomic’s third studio album delivers more of the familiar funk, jam, and improvisational rock n’ roll sound that Big Atomic have been crafting since 2013. However, Body Politic charts into new territory with a heavy stream of lyrical consciousness reflective of the political mood that ignited after multiple unjust deaths of African Americans in 2020.

Big Atomic’s lead singer/songwriter Shannon Vetter tells Glide Magazine “Justice Denied was written after a long night marching for justice and accountability for the murder of Breonna Taylor.” He continues “the lyrics “Speak Truth to Power” are repeated throughout the chorus of the song because we decided it was important to stand up for what’s right. We spoke truth to power by going directly to the Louisville Metro Police headquarters, only to be met with tear gas and rubber bullets.” The song reminds the listener of the somber months of rioting, resilience, and political unrest last year. Vetter explains that “I can never fully understand the Black struggle, but I’ll take my cue from Black leadership, specifically Black women.”

Big Atomic is currently supporting the fight against inequality by offering a download of their new album to anyone who contributes to their GoFundMe campaign. The campaign will benefit the local non-profit organization Change Today, Change Tomorrow which focuses on providing access to resources, education, and community engagement to all African Americans in the Greater Louisville area. Big Atomic will also be donating vintage vinyls, posters, shirts, and stickers towards the cause to entice fans to donate. To learn more, and to make a contribution please visit – gf.me/u/zr9dvj.

Big Atomic has mapped out several tour dates that will have them traveling up and down the Atlantic coast this summer. The tour will kick off with a two-night album release party in their hometown of Louisville KY on June 4th and 5th, and will precede a scattering of appearances on the summer festival circuit including performances at FloydFest (VA), Birds of a Feather (KY), and Moonshiners Ball (KY). A full listing of confirmed tour dates is below, with additional tour date announcements coming soon.