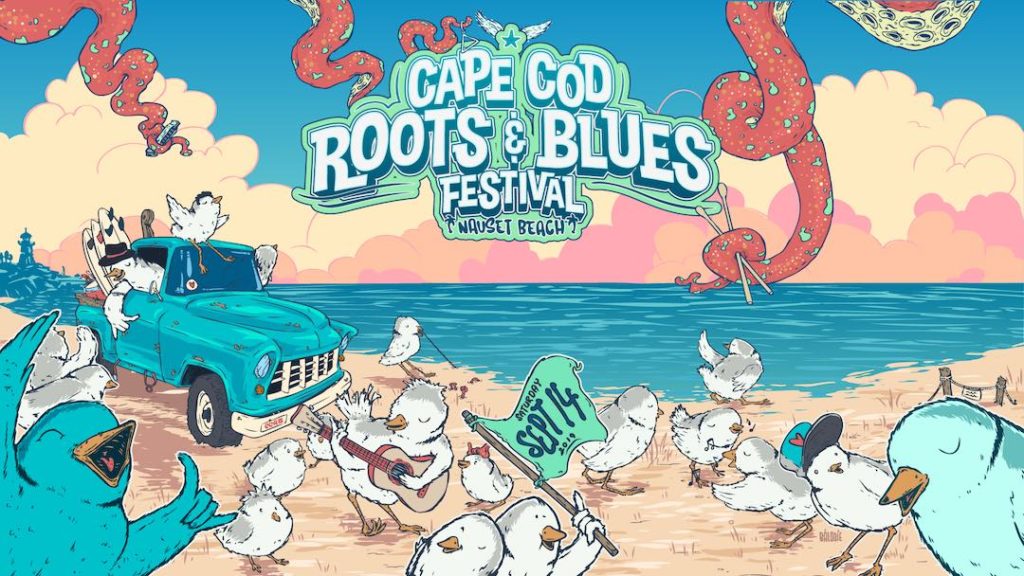 We recently had an opportunity to chat with Garrett “G.Love” Dutton about his current tour, new album, and his upcoming music festival, “Cape Cod Roots and Blues Festival”.

The Secret to Special Sauce

G. Love and Special Sauce, a three-piece high-energy band, is celebrating their 26th year together.  They’ve released 15 albums over the years with their unique blend of funk, jazz, blues and hip-hop.  So, exactly what is the secret to keeping a band together for this many years?

Garrett: Ultimately, I think it boils down to two things. Support from our amazing fan base and great songs. The songs, and the live performances of the songs, have connected with our fans (we call them Family). The songs and the music provide the soundtrack to a lot of people’s lives and those peeps come out to the shows year after year. This enables us to continue to put forth the other necessary elements for long term success like hard work, dedication, passion, song writing, a million other things and yeah- playing kick ass shows every freaking night. 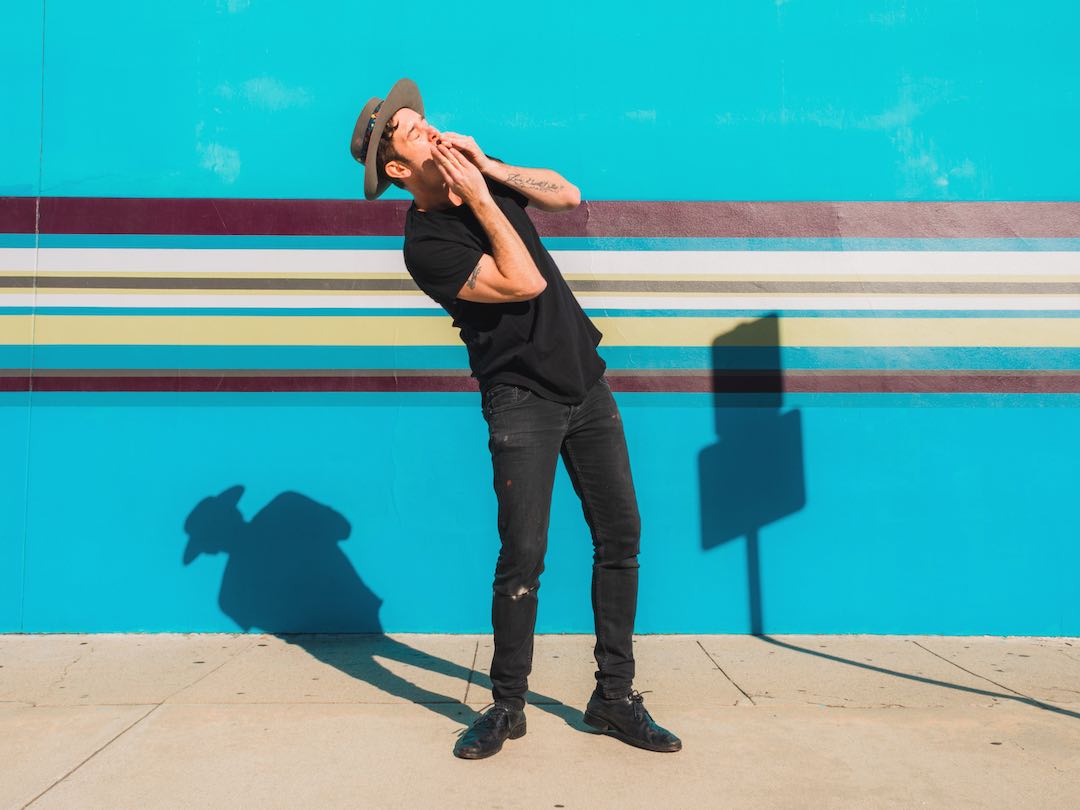 Occassionally, Garrett will head out on a solo tour.  He returned to Florida for his annual Beachside Blues Tour this past Spring, and he joined moe. and Blues Traveler on their summer tour.  Luckily, fans of the Special Sauce can catch them all on stage together this month.

Whether solo or with the band, you’re guaranteed a special musical experience.

Garrett: I love performing with Special Sauce, and I love performing solo acoustic. My solo acoustic performance is the heart of what I do. In fact, I was really only ever trying to be a solo performer and that was my root as far as being a street musician and coffee shop player.  Along the way, I got a kick ass band and that has worked out incredibly well. We probably do about 60 percent of our touring with the Sauce and 40 percent solo.

Both shows are unique and completely different. I tend to tell more stories and have a more interactive crowd on the solo shows.  The Special Sauce shows are epic because of the musicianship and the unique musical chemistry that Jeff, Jim and I share.

G. Love recently had a few solo shows with our good friend, Jack Cloonan,  a local Colorado musician and all-around funny man.  We imagined that there were some pretty funny stories from their shows, as well as some great musical highlights for the audiences.

Garrett: Too many Irish Car Bombs in Peoria after the show.  Jack was great- we had some fun sit-ins on my forthcoming single “Go Crazy.”

The Cape Cod Roots and Blues Festival will take place September 14, 2019 in Orleans, Massachusetts.  A creation of Dutton’s, this year’s festival will feature sets from Citizen Cope, Chadwick Stokes and The Pintos, Mihali (of Twiddle), Clearcola, plus plenty of music by the host band G. Love & Special Sauce.

Last year’s festival was a 25th anniversary celebration for G. Love & Special Sauce, but Dutton wanted to continue the festival to bring together some of his favorite things: music, family, and home.

Creating a successful music festival isn’t an easy feat, but Dutton and the band have had plenty of festival experiences to build upon.

Garrett: There’s so many amazing festivals out there. Of course, we played Woodstock ’99, Lolla, Bonnaroo, Coachella, Suwannee, and most recently a fun smaller fest, Adirondack Independence Fest. And the many cruises and destination festivals like the Legendary Blues Cruise, Closer to the Sun and Jam Cruise to name a few. I think all the festivals and especially some of the more independent grassroots festivals have inspired us to try to put on our own festival. Also, to be honest, I thought “Man- wouldn’t it be awesome if we had our own festival then we would get to play every year!”

All successful festivals learn from their mistakes, and take great efforts to improve the experience for everyone who attends.  The 1st Cape Cod and Roots Festival was a sold-out success.  For 2019, the festival organizers have worked hard to double the food vendors and water stations, and there will be adding a new children’s village. It’s just another way that G. Love and Special Sauce can celebrate their love of music, family and community.

Garrett:  For us, the goal has been to bring our extended musical family back home to our favorite place on earth. After touring and performing with so many legendary musicians over the years, I’m in an excellent position to curate a wonderful lineup year after year. I also saw the huge community of live music lovers and supporters out here on Cape Cod.

Last year was a lot of work for my team, and they crushed it. We also were learning as we went along, so there’s a lot of things we hope to improve this year. Some improvements to the site include more food trucks, easier and more accessible beer, wine and water. Being able to have beer and wine anywhere on festival site (previously peeps had to stay in the beer garden), a bigger arts and crafts area for the kids tent, sunscreen station, and water stations. We are also encouraging people to bring their own metal cup and water bottle.

These sound like a lot of nuts and bolts but we are just trying to make people more comfortable, have as little impact on the environment as possible and have a great afternoon of music, family and fun. 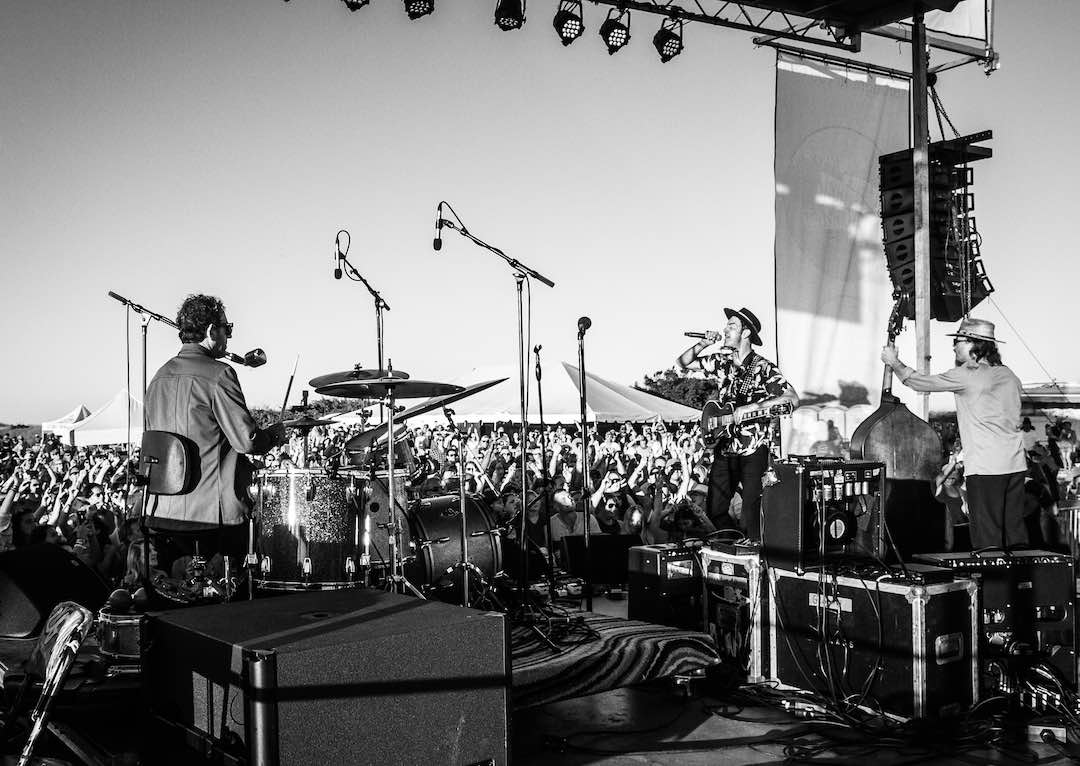 Even with their busy touring schedule and hosting their own music festival, G. Love has still found time to record a new album.  It has been four years since the last album, so these new songs are certainly highly anticipated.  Looks like Dutton managed to put together an all-star cast, so fans should be pretty excited for the album’s release in January 2019.

Garrett:  My new record is G. Love “The Juice”.  The record is produced by Keb’ Mo’ and has 10 wonderful new songs featuring some special guests like, Keb’, Marcus King, Robert Randolph, Ron Artis and Roosevelt Collier.  “The Juice” drops 1/2019.

Dutton has clearly focused much of his energy on music in 2019 – touring solo and with the band, recording in the studio, building a music festival. But is he taking some time for his personal life as well?

Garrett: Well, I’m getting married in September after the festival.  So, that’s pretty cool. Right now, though, we are just really looking forward to seeing everyone by Nauset Beach on September 14th for the CCRB Fest #2.

Thanks so much, Fam.