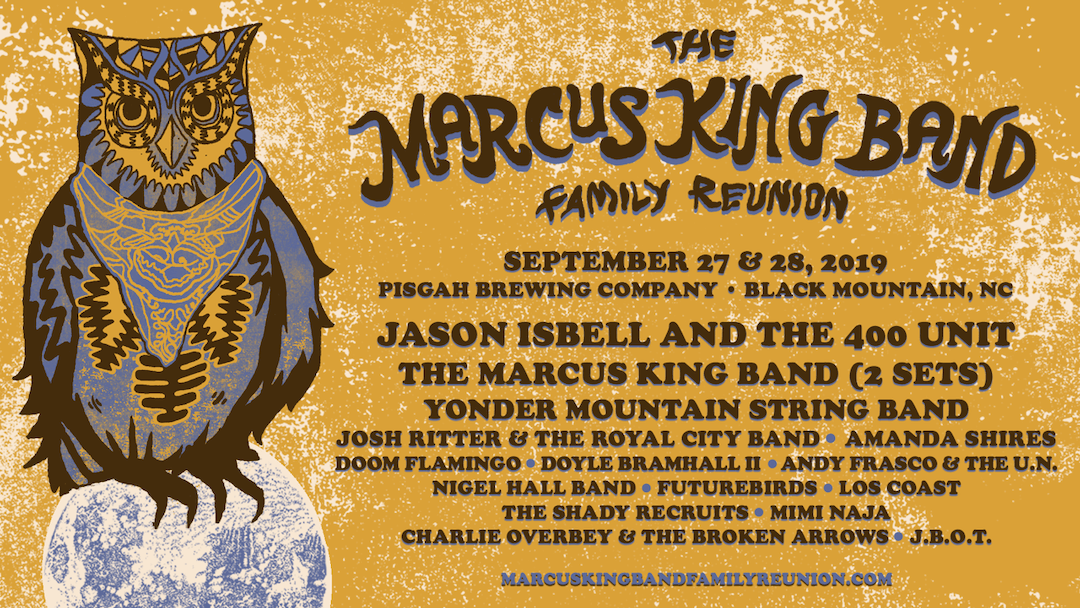 The Marcus King Band Family Reunion will take place on September 27-28, 2019 at Pisgah Brewing Company outside of Asheville, NC.

Marcus King, a powerhouse musician and band leader, puts his own personal touch on every aspect of his festival.  From selecting the musicians to organizing the musical collaborations throughout the weekend, King takes great pride in ensuring this festival brings to life the community and happiness he remembers from family reunions growing up.

Early bird and VIP passes are sold out, but a limited number of two-day general admission passes remain. Visit mkb.lnk.to/familyreunion to purchase tickets.