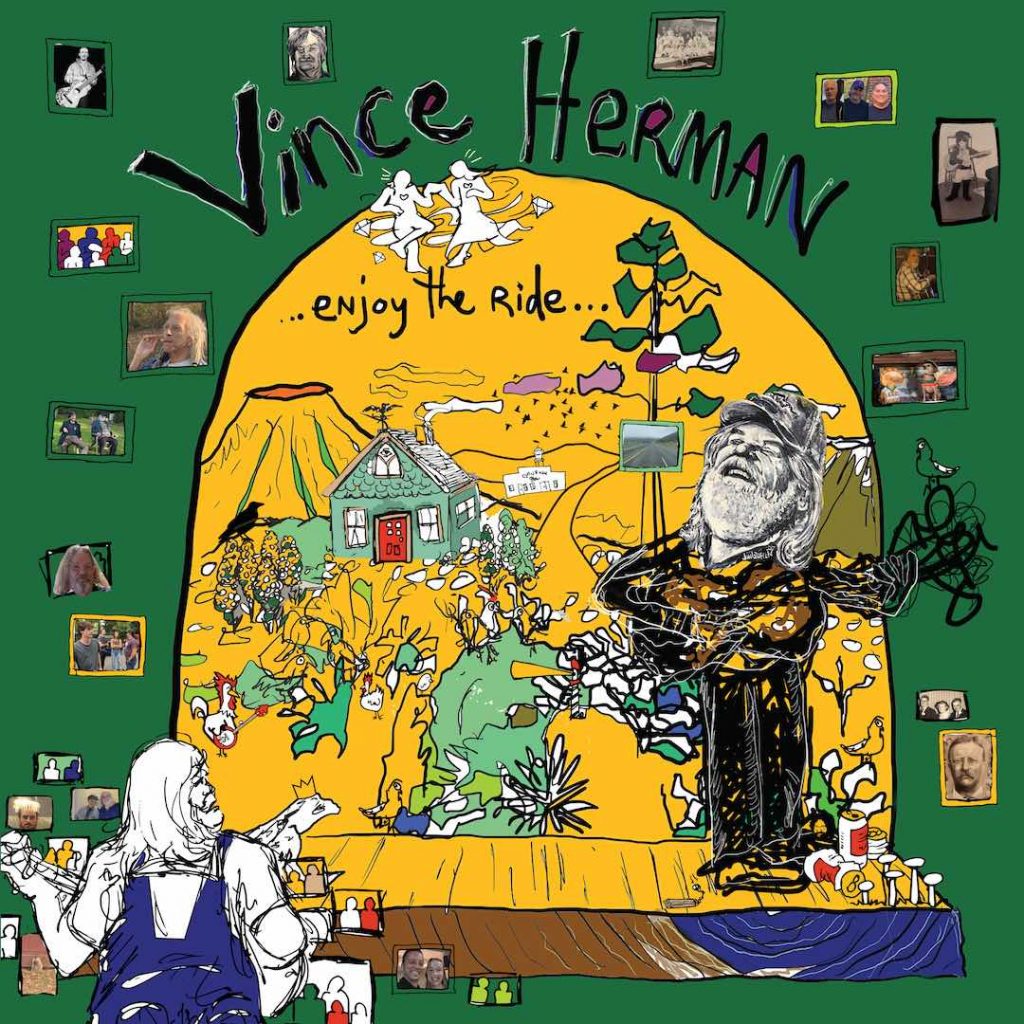 It’s no secret that, here at Festy GoNuts, we are pretty big Leftover Salmon fans.

The polyethnic cajun slamgrass pioneers have been around for 30+ years and are credited with spawning much of the modern jamgrass scene.

Sitting at the helm of Leftover Salmon are Drew Emmitt and  Vince Herman, who formed the band in 1989.

While Herman has penned countless tunes for Leftover Salmon, and for many other side projects over the years (currently The High Hawks), he had yet to release a solo album under the name “Vince Herman.”

During the pandemic, Herman packed an RV and hit the road from Boulder, Colorado, eventually landing in Nashville, TN.  It seems inevitable that upon planting roots in the iconic music mecca, one eventually ventures into the recording studio, and that is exactly what Vince Herman has done.

Herman hooked up with some “Nashville Cats” to help with the solo effort, and recruited some old friends and family (his son Silas Herman appears on the album).

Anyone who has been lucky enough to catch Vince Herman performing at a late-night pick, an afterparty, or a parking lot session, or who has caught one of his many solo shows over the years, knows the range of this incredibly talented musician and songwriter.

Vince embodies Americana – whatever that means.  Whether he is covering John Hartford or John Prine, or performing one of his many original tunes, Herman is a true American folk singer.

With Enjoy The Ride, Herman is embracing these roots and venturing into traditional music, with a little bit of Nashville country sprinkled in, but still 100% Vince Herman.

The first single off Enjoy The Ride, “Lost Lover’s Eyes” is available now.

Enjoy The Ride is available for pre-order.

Continue reading about Enjoy The Ride

Nashville, Tenn. (October 5, 2022) — For the first time in his 30-year music career, Leftover Salmon’s Vince Hermanis venturing into uncharted country music waters with the upcoming release of his first-ever solo album, Enjoy the Ride. The twelve-track album is set to release on November 18 via LoHi Records.

Herman wasn’t thinking about making a solo record when he decided to take to the highway in August 2020. “During the pandemic, I got an RV and just decided to have my own bubble and drive around the country,” he explains.

The longtime co-leader of the popular and pioneering jamgrass band Leftover Salmon was on the road for around five months and spent a month and a half of it in Nashville. It was there he bumped into some old friends who helped set him on a course that led to Enjoy the Ride.

He says the solo record is “a bit of a departure from anything I’ve done before.” That’s especially true of the way he approached it. The aforementioned old friends — Donnie and Chris Davisson of the Davisson Brothers Band — played a key role in that regard.

Through the Davissons, Herman met Erv Woolsey, who probably is best known as George Strait’s manager. Woolsey became his manager and publisher, and like the Davissons, helped facilitate writing sessions for him. It wasn’t long before Herman had “a big pile of songs.”

“So I decided to make a record with all these songs I’ve been writing,” he says. “The Davissons had worked with Ferg [producer David Ferguson] on their upcoming new record, and I met Ferg, and we got along great.”

David Ferguson, a highly-acclaimed producer who has worked with Johnny Cash, Sturgill Simpson, John Prine, U2, and more, remembers that meeting well. “I was making a record on the Davisson Brothers and they were writing with Vince,” he recalls. “Vince wrote a couple of songs with ’em on their record, and he came over to play on ’em, and he just liked what we were doing. So he goes, ‘Man, How would like to make a record on me?’ I said, ‘Hell, I’d love to,’ you know. ‘Let’s just do it.’”

A couple of months later in December 2021, Herman was at the Cowboy Arms Hotel and Recording Spa — the studio made famous by the late Cowboy Jack Clement — cutting tracks with a crack group of musicians assembled by Ferguson to back him on the sessions. All the songs were tracked live over three days with a studio band featuring guitarist Pat McLaughlin, multi-instrumentalist Darrell Scott (acoustic guitar, 12-string baritone guitar, banjo), bassist Dave Roe, drummer Pete Abbott, keyboardist Mike Rojas, guitarist and pedal steel player Russ Paul, fiddlers Jason Carter and Bronwyn Keith-Hynes, and Herman’s son Silas Herman on mandolin. Tim O’Brien stopped by the studio during that time to add some harmony vocals.

After the three days at the Cowboy Arms, additional overdubbing and mixing took place at the Butcher Shack, Ferguson’s post-production facility. The overdubbing included some lead vocals by Herman and vocal harmony parts by Bowman, who is best-known as a member of the Lonesome River Band, and Mike Armistead of the Tennessee Mafia Jug Band. Rob McCoury from the Del McCoury Band and Tuttle also overdubbed banjo parts, and George Harper added a trombone part to “Any Other Way.” Additional recording for that song was done in engineer Jake Eckert’s Rhythm Shack Studio in New Orleans, where Tom Fisher and Kevin Louis added clarinet and trumpet respectively.

It may have taken Herman nearly three decades to get around to making his first solo record, but it was certainly worth the wait. “Enjoy the Ride represents what country music is to me,” he says. “Rooted in tradition but wide open and ready for a good ride.”

To support his solo venture, Herman plans to tour with a new band consisting of several Nashville players and his son, Silas.

Upon its upcoming release, Enjoy the Ride, will be available to stream or download through all digital music retailers. Pre-order the album now HERE.

Herman will be offering a limited edition signed print of a painting he illustrated to the first 250 pre-orders of the CD or vinyl from the LoHi store. All pre-orders will automatically be entered to win.

Vince Herman is a guitarist and singer-songwriter best known for being one of the founding members of Leftover Salmon. The band started in 1989 as somewhat of a melding of the Left Hand String Band and the Salmon Heads, and became increasingly popular over the sixteen years that followed. The band went their separate ways in 2005, but have since regrouped. During the band’s hiatus, Herman formed a new group called Great American Taxi, who released their debut album in 2007. Great American Taxi toured extensively and garnered a following. Herman toured with Great American Taxi until the Leftover Salmon tours called him away in 2013. Herman moved to Nashville in 2021 and continues to tour with Leftover Salmon. In November 2022, Herman is set to release his first-ever solo album, Enjoy the Ride. 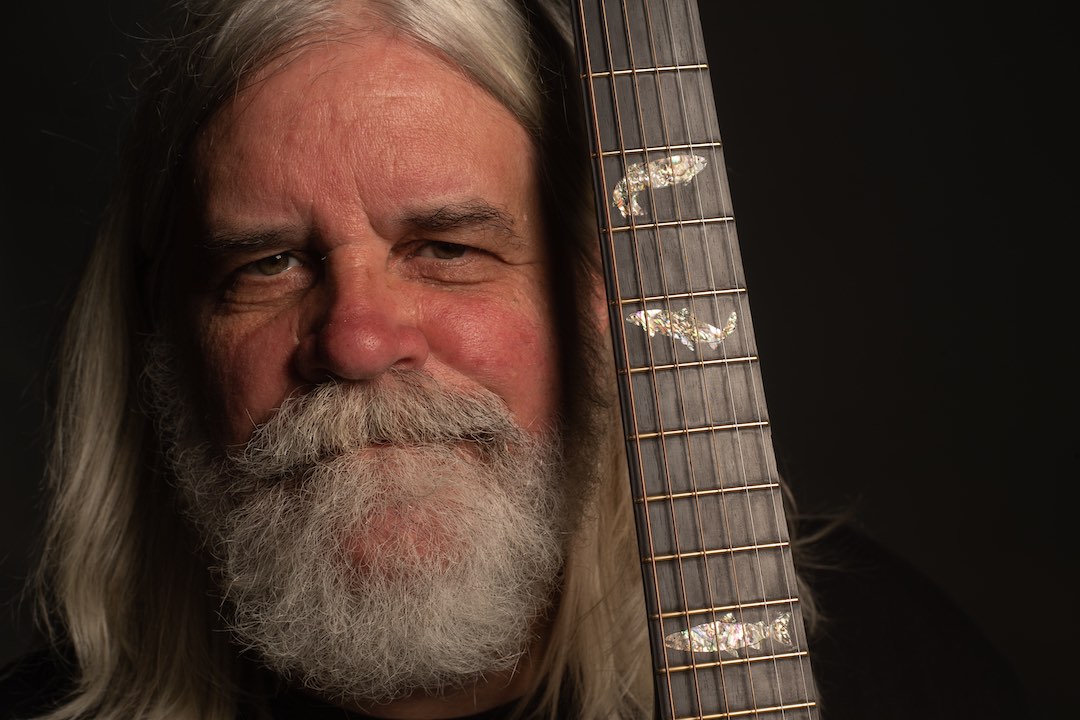 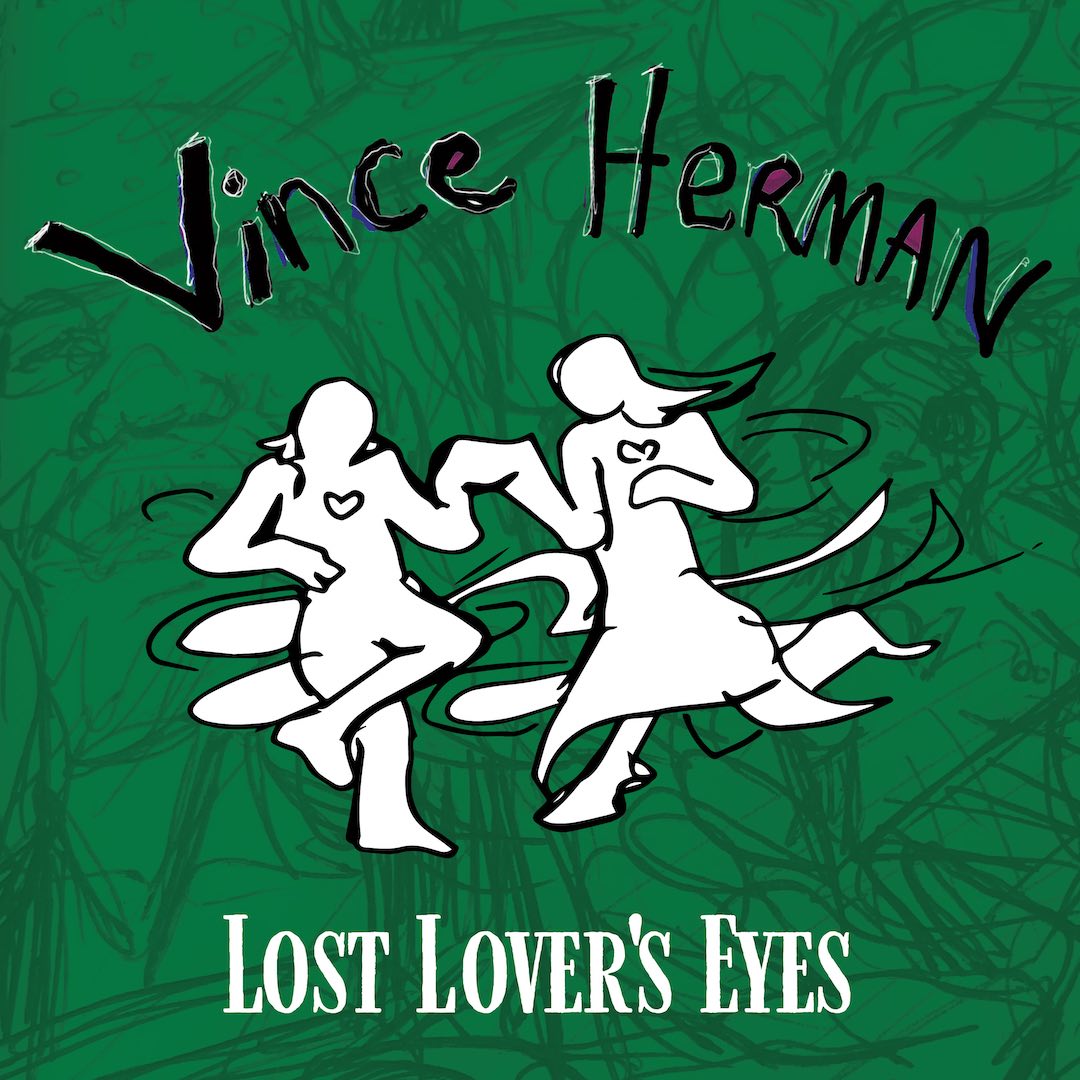