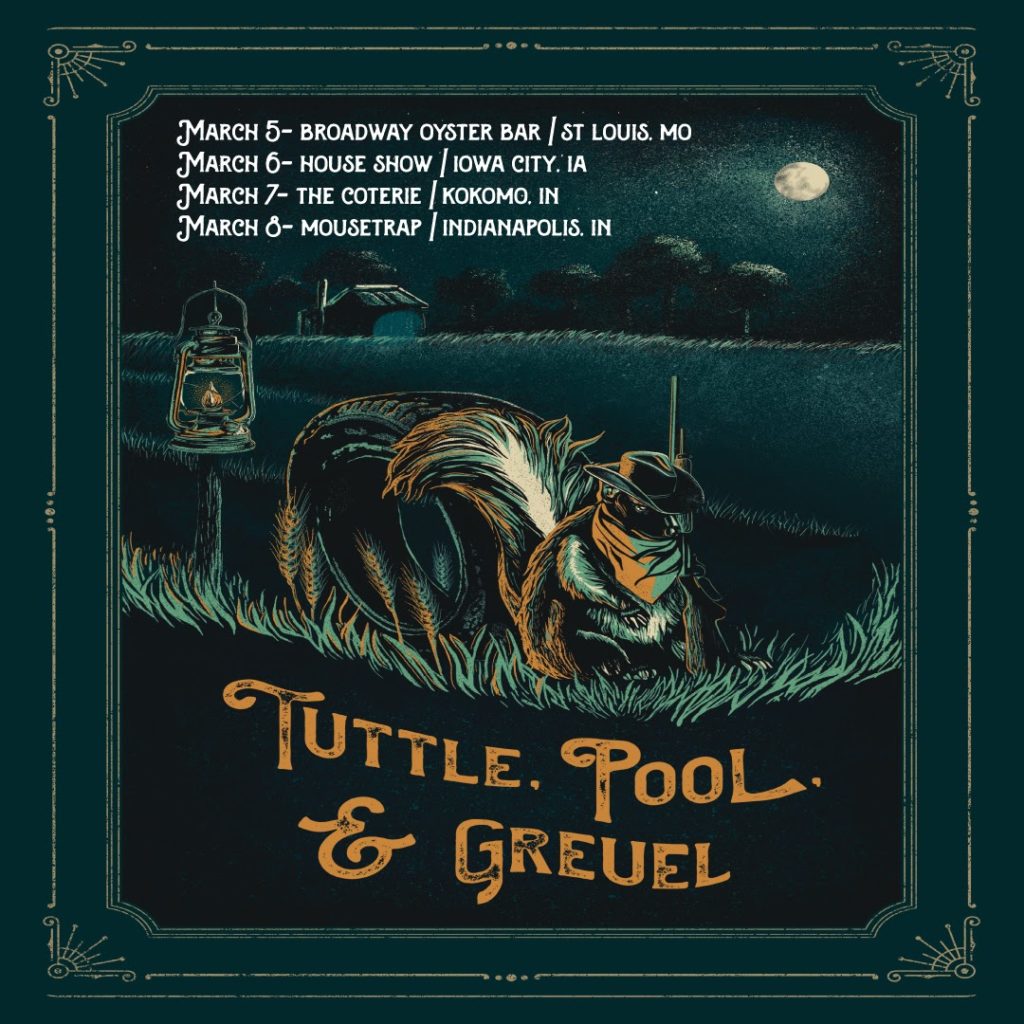 Trio to Tour in the Midwest Early March 2020

Well this is good news for music fans!

We’ve been fans of Kyle Tuttle, Jared Pool and Adam Greuel individually ever since the first times we saw each of them on stage.  Now the three are teaming up for a mini-midwest tour in March.

If you read Festy GoNuts (duh!), you may have seen us gush about the magic that happens when Kyle Tuttle and Jared Pool take the stage together.  Tuttle’s sit-ins with Jared and the Larry Keel Experience even won a coveted 2020 Festy Award for “Best Collaboration” for their Ryhthms on the Rio and 14er’s While You Wait shows this past summer.

In our Strings & Sol 2020 Review we talked about how impressive Horseshoes and Hand Grenades were.  In our opinion, Adam Greuel basically won the festival.  His energy on and off the stage is infectious, and he’s quickly growing into one of the best frontmen/band leaders in the whole scene.

These three together are going to be straight fire!

Keep reading for the whole scoop, and check out some of the videos of these guys below: 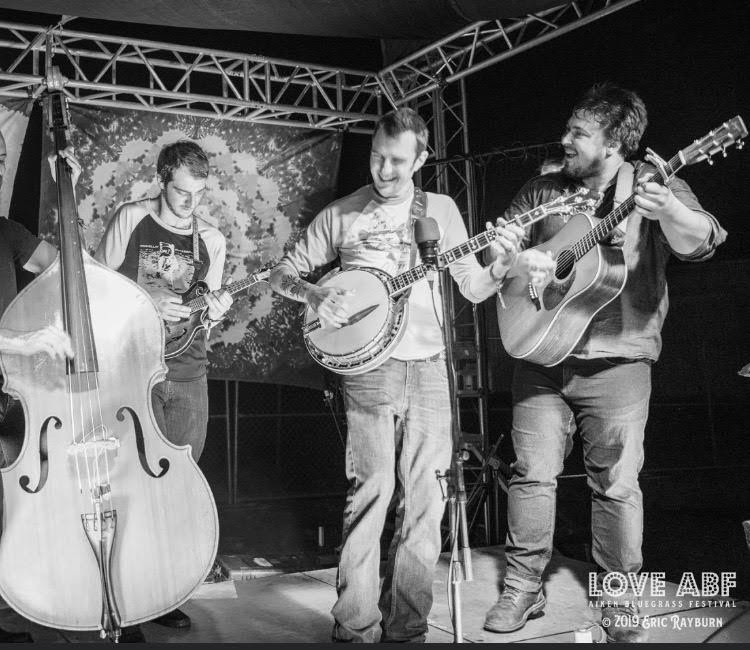 Kyle Tuttle (Kyle Tuttle Band), Jared Pool (Larry Keel Experience) and Adam Greuel (Horseshoes & Hand Grenades) join forces to bring fans a high energy and highly entertaining collaboration. Tuttle, Pool and Greuel have shared the stage numerous times together over the years, but now take on their own project bending the possibilities of bluegrass and shaping it into their own.

Born out of festival malarky and late night hotel jams, this trio comes along as a sort of ‘Three Musketeers’ of the grass universe. Focusing on the parts of the music that spark joy and grow our community, these three writers and pickers will showcase some of their favorite material in a new and exciting way. Kyle Tuttle, Jared Pool, and Adam Greuel conjure a show that’s simply too cool for school, bringing a good time get down to roadhouses, theaters, and friendly homes here, there, and everywhere.

Tuttle, Pool, and Greuel kick off their tour in early March in the Midwest. The tour starts off in St. Louis at the local favorite Broadway Oyster Bar, followed by an intimate house show in Iowa City. Rounding out the run in Indiana, they will appear at The Coterie in Kokomo and The Mousetrap in Indianapolis. You can find the full schedule here. More shows to be announced soon.

International Banjo Champion Kyle Tuttle is shredding his way through the jamgrass scene. Since moving to Nashville in 2012 Kyle has shared the stage with many epic performers, most notably as a member of the Jeff Austin Band for 3 years. Kyle has also worked closely with Jamgrass legends Larry Keel, Travelin’ McCourys, Leftover Salmon, Greensky Bluegrass, Billy Strings, and Railroad Earth. In addition to being seen around the jamgrass circuit, Kyle is a studio musician in Nashville, and recently produced the Chain Station album ‘Backroads’.

Jared Pool is a multi instrumentalist from Richmond, VA. His love of music was born from attending bluegrass festivals as a kid while growing up with other diverse musical influences from the Tidewater area. After completing a jazz studies degree, Pool moved to Richmond in 2009 where he began working with various regional acts and has worked extensively with the Virginia Folklife Program. In 2017, Jared became the mandolinist for the  Larry Keel Experience. Since then, he’s shared the stage with Sam Bush, Peter Rowan, Travellin’ McCourys, Railroad Earth and Keller Williams.

Known for his ability to both don and provoke a hearty smile, his music and personality has been noted for its ability to provide relief to the troubled mind, joy to the weary soul, and light to those in darkness. In 2010, Adam joined forces with four other young acoustic instrumentalists and created the band Horseshoes & Hand Grenades. Committing to their music and a rigorous touring schedule, their road has led to such notable stages as Red Rocks Amphitheater, Telluride Bluegrass Festival, the Riverside Theater, Delfest, and Nashville’s Ryman Auditorium, to name just a few.

Here’s Adam Greuel rocking out with The High Hawks:

Kyle Tuttle and Jared Pool playing together with The Larry Keel Experience at 14ers While You Wait: