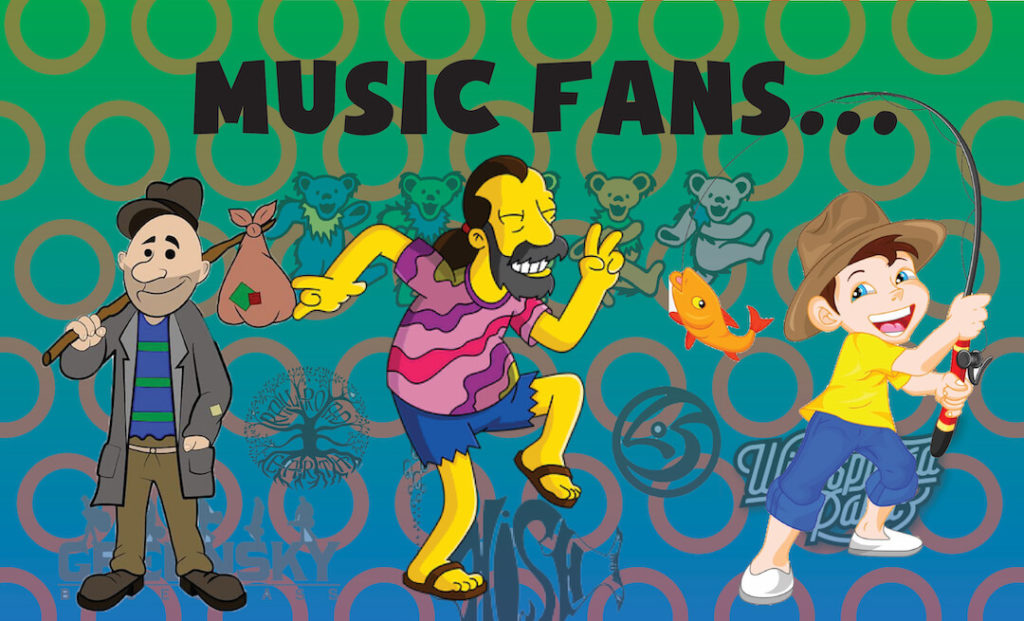 I was asked recently if I was a Phish guy.

It was an innocent question about the fucking book or something, but it was prompted with that.

Are you a Phish guy?

I didn’t respond quite right away. I don’t know how to answer questions like that.  I hate to be pigeon-holed, typecast, associated with a group for permanence sake.  I’m a registered Independent, Agnostic, Swiss-Canadian Centrist Gemini.  Taking sides is not my thing.

Are you a Phish guy/girl?  Are you a Panic kid?  Are you a Camper? A Hobo?  Are you a Salmonhead?  A Belieber? A Swiftie? A Juggalo?  A Fanilow?! (Seriously, Barry Manilow’s fans are insane!)

It’s rough to be categorized, put in boxes, stereotyped based on our musical preferences.

Sure, I love all (most) of these bands.  Do I identify as a fan of one over another?

Then, as I was pissing in the bathroom after this exchange, it occurred to me.

Regardless of what box your peg is fitting into (no offense, Peg), we are music fans.

The mere fact that someone thought to ask me, in a brewery in Boulder, CO, if I am a Phish guy, and took for granted that I knew she wasn’t trying to sell me the special, or hook me on a fly tour, means everything.

It means that music is the most important thing.

The fact that, if I so chose, I could be a Phish guy, or a Panic guy, or a Greensky guy, etc. etc. etc., means that we are in the middle of something special.

I imagine there was a time when the only question in situations like these was ‘Are you a Deadhead?’

Maybe not, but I don’t think the choices abounded then the way they do now.

And that’s the point.

Can you casually ask a guy at the bar, are you a Trump guy?  Are you a Brexit girl?  Are you a Catholic?  Where do you stand on guns?  What do you think of Cosby? (ok, that one may be easier to agree on…)

Most likely you can’t.

Well, you can, but results will be mixed more than Cosby’s drinks, and the outcome just as cloudy.

It binds so much more than it divides.

You can be a Panic guy, and I can be a Phish guy, and we can debate till the Trump fans turn blue in the balls, and we will still have more in common than we don’t.

It’s all about the music, and the fact that we can have this discussion shows just how damned important it is.

Are you a Bach guy?  Do you roll with the ‘thoven?  Does Pachelbel really do it for you?  (Are you a Canon-ite?)

How long has this friendly debate gone on?  Religions have come and gone, nations have been reduced to rubble, yet MUSIC lives on.

Do you like Jesus?  Pharaoh?  Indra?  Krishna?  More wars have been started over this question than any other in history.

What about the Beatle or the Stones?

Now there’s a debate for a party, with minimal bloodshed likely. 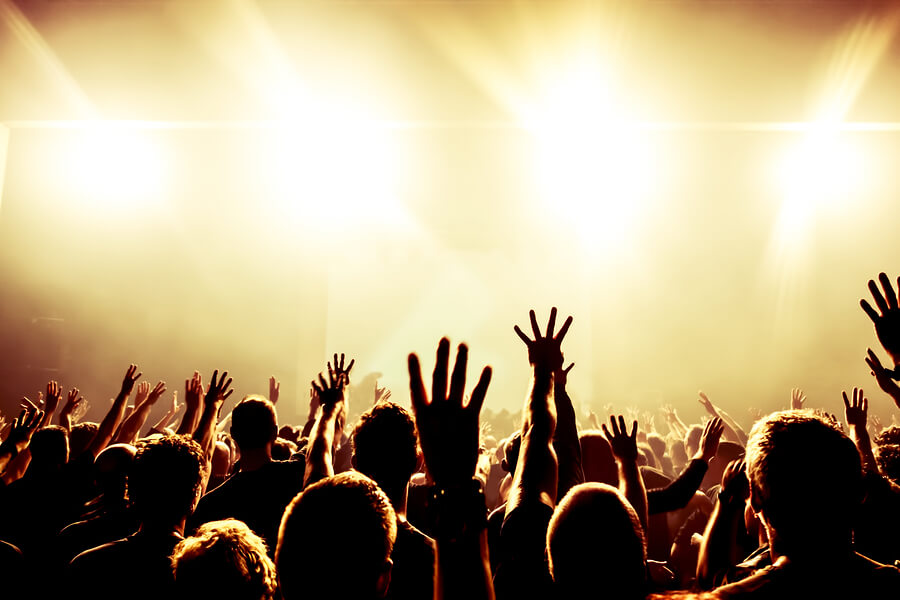