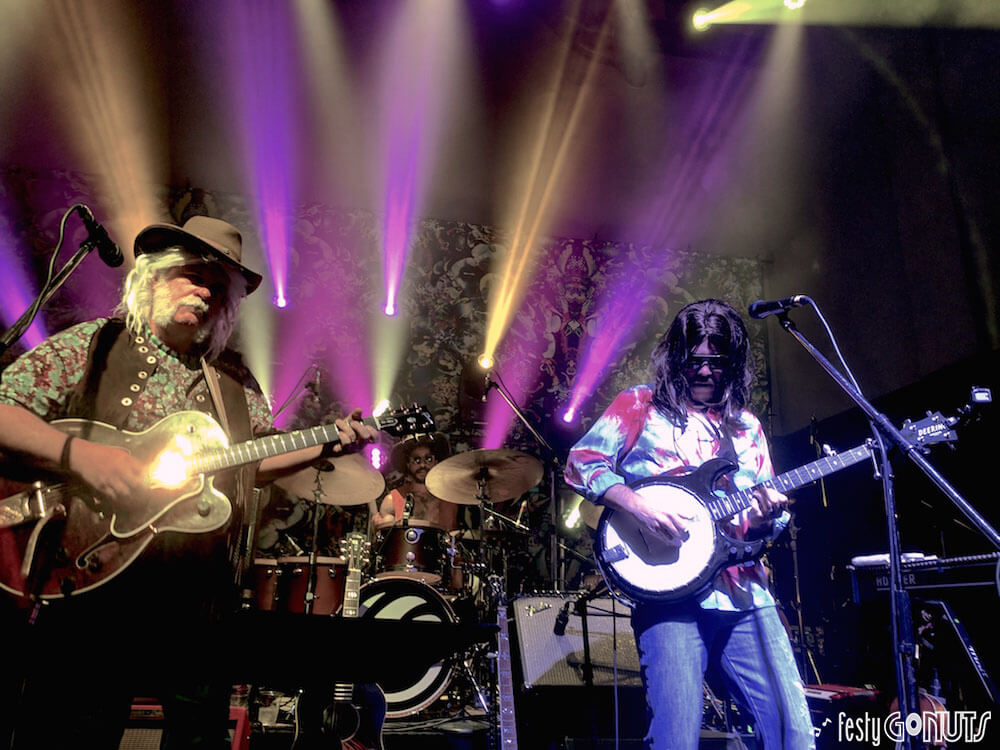 Fans packed into the new concert hall on Tuesday night as snow began to blanket the streets of Frisco.  Leftover Salmon took the stage in various states of semi-costume.  Vince Herman kept the crowd guessing at his get-up until eventually announcing “I’m Jake Wolf, the mayor of Avon!”  The look was spot-on!  Andy Thorn, dressed as Tigger, unveiled his newest toy, adding a spinning LED light rig to the inside of his resonator banjo!

The new venue had some hiccups to get through on their first big night of music.  Entrances were changed based on a coat-check clusterfuck, and credit card machines were not operating on the first night.  Encouraging a bunch of LOS fans to download and use an app to order their drinks wasn’t too successful, either.  But it was opening night, the crowd was forgiving, and none of these little snafus had a great effect on anyone’s night.

Leftover Salmon ripped through two power-packed sets, hitting on appropriate tunes like Zombie Jamboree and Powder Day, while also venturing off of the prepared setlist, and having a blast in the new venue. 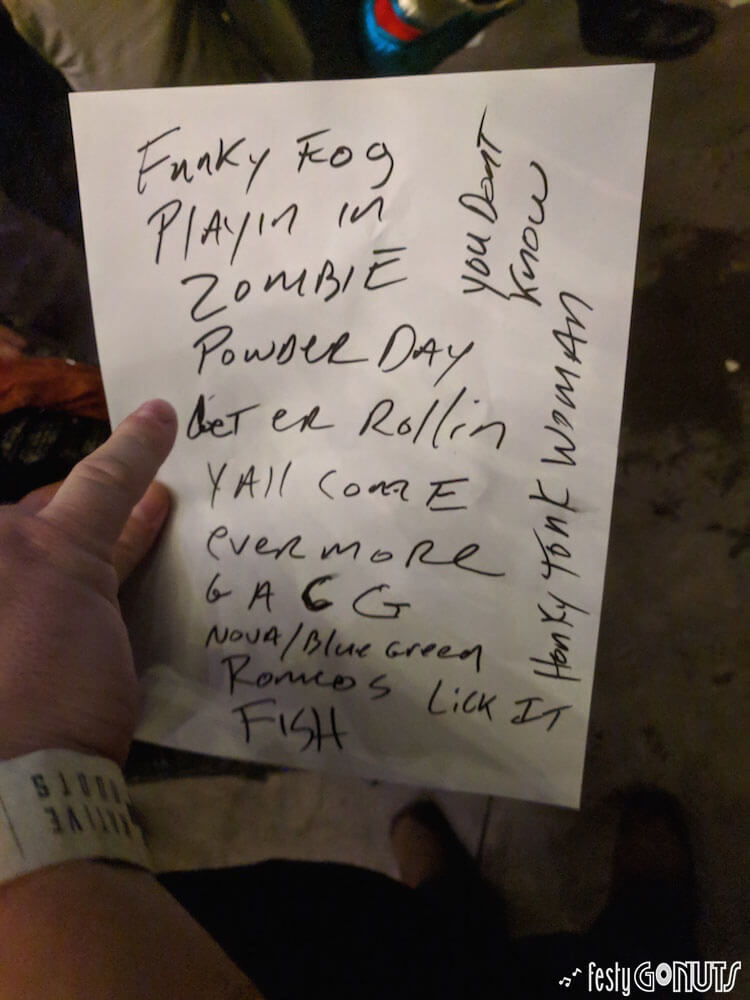 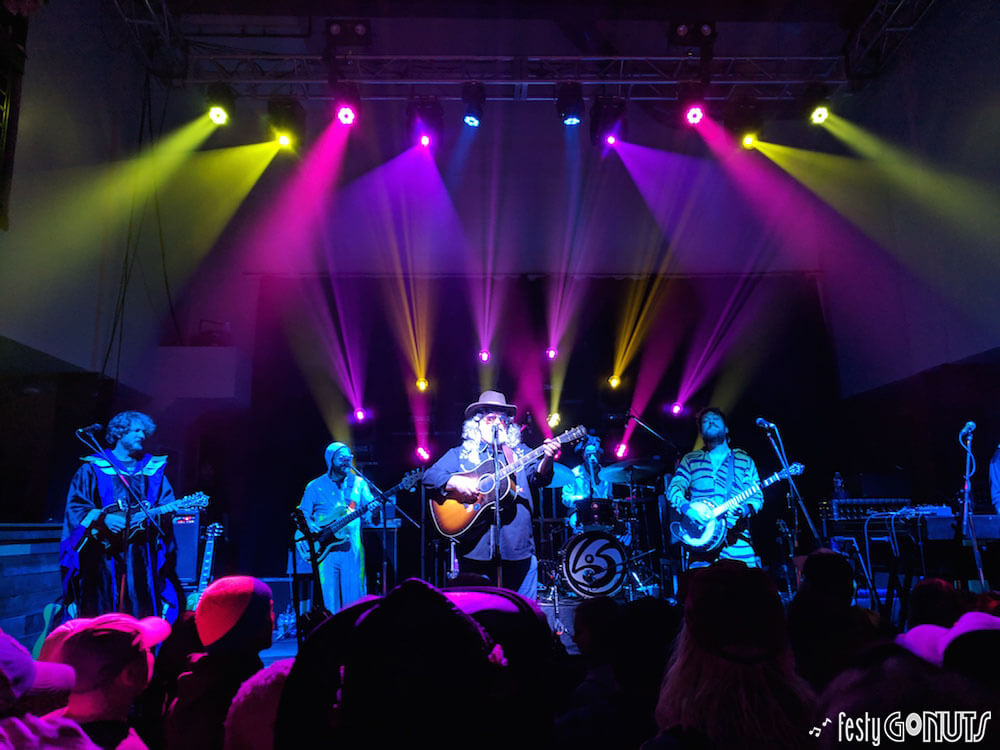 Halloween night in Frisco had the streets shut down for trick-or-treaters as fans arrived at the 10 Mile Music Hall for night two of Leftover Salmon.  The streets filled with kids in costume added to the excitement of this favorite night of revelry!

Costumed fans started to pack the hall early, and were ready for whatever Leftover Salmon had in store.  We’ve certainly come to expect the unexpected from this band!

No one anticipated the guise the band took on, however, when they were introduced as the Salmon Brothers Band.  In full costume, Leftover Salmon took the stage dressed as the Allman Brothers.  A second drum kit was filled by Tony Mason, legendary drummer from NYC who often performs with Salmon keyboardist Erik Deutsch.

What ensued was a massive set of Allman Brothers music that went on for nearly 2 hours!  The band completely nailed the songs, capturing the vibe and sound of the Allman’s on tunes ranging from Statesboro Blues and Ramblin’ Man to Elizabeth Reed and Pony Boy.  Several drum jams between Alwyn Robinson and Tony Mason were a definite highlight, as were Drew Emmitt’s ripping guitar solos – he didn’t touch a mandolin the entire set!

Listen to the entire Halloween show from Leftover Salmon 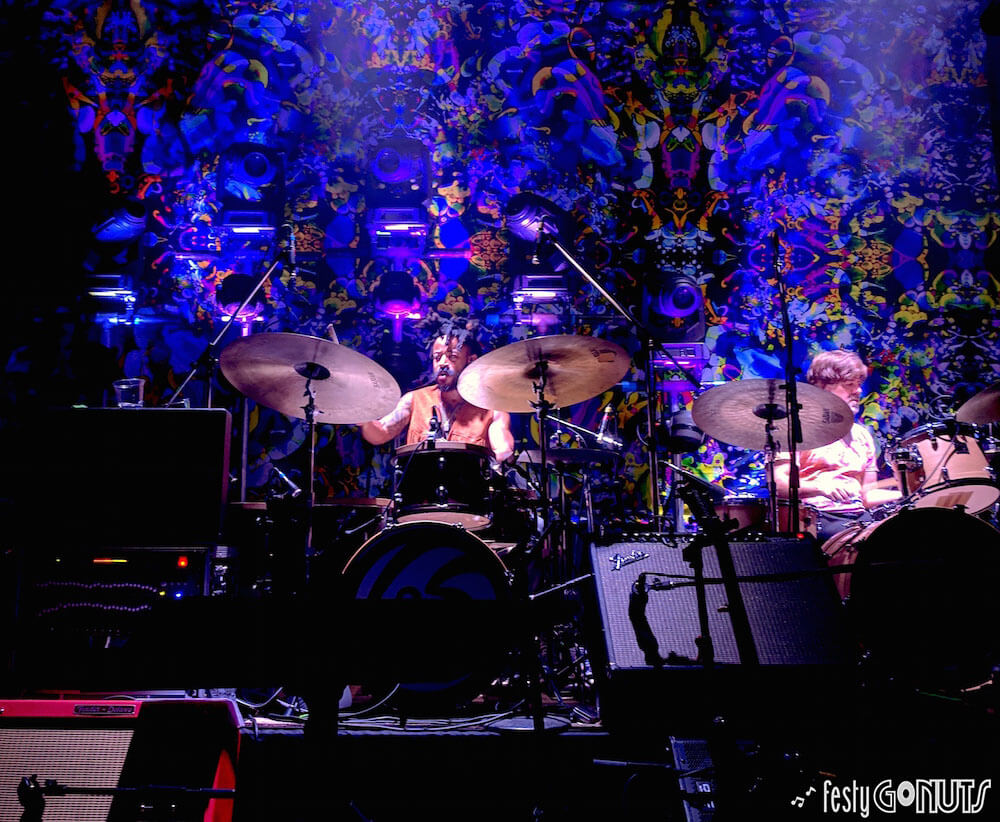 The venue seemed to work out a few of the kinks from the previous eve.  Still, fan reviews of the new concert venue were a bit mixed.  The sold-out show filled the venue to maximum capacity, which seemed to be set a bit high!  Moving around the room was difficult.  The bar-line stretched into the crowd at times, and the sound was less than perfect. The upper balcony level should have helped to thin the floor crowd a bit, but unless you were directly on the railing, visibility was impossible.

None of this mattered, however, when Leftover Salmon was treating us to such an epic performance.

After a set break that featured a costume contest judged by Donald Trump and a Chicken, Salmon got back to work.  Their second set was more classic Leftover Salmon, but the boys still had some Allman’s up their tie-dyed sleeves!  The night closed out with Melissa and Whipping Post, completing the band’s homage to the legendary masters of southern jams.

Leftover Salmon proved once again that they are on top of their game as kings of the poly-ethnic-cajun-slamgrass scene.  They delivered an incredible 2-night run of music, pulling out a ton of surprises along the way.  Their talent was on display to the fullest, as they completely nailed 2+ hours of Allman Brothers music that complimented the Salmon catalog perfectly.

Leftover Salmon continues to add to their bag of tricks while always delivering the treats! 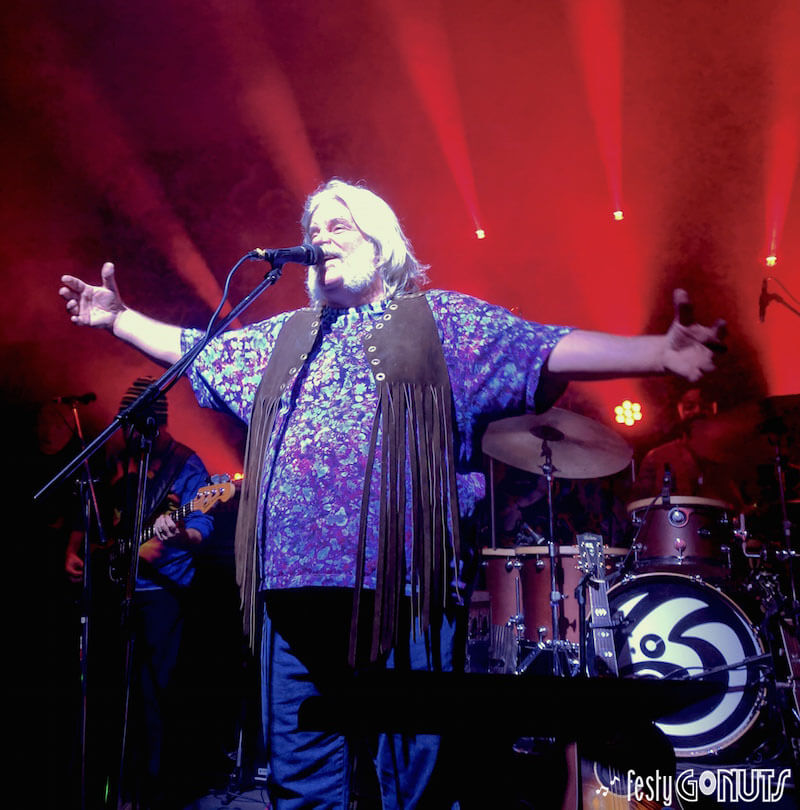 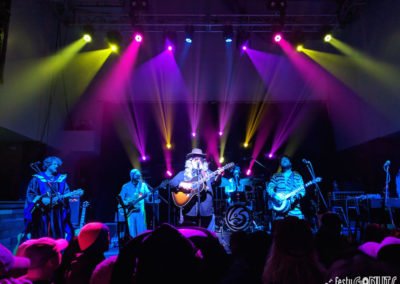 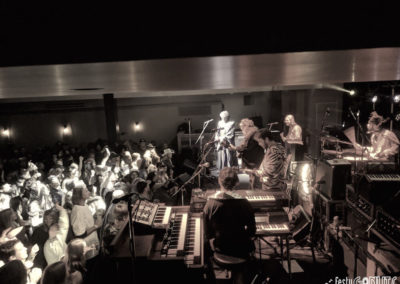 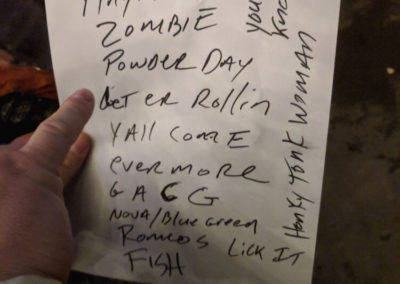 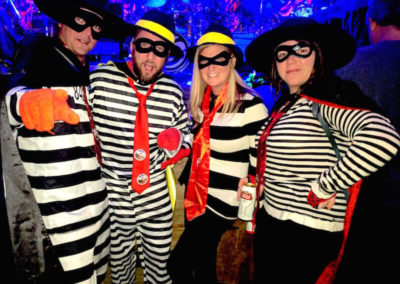 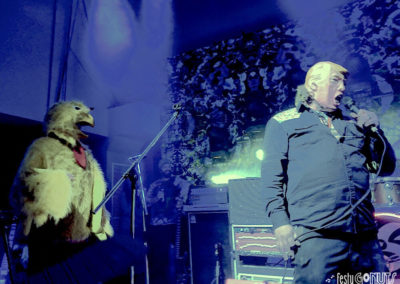 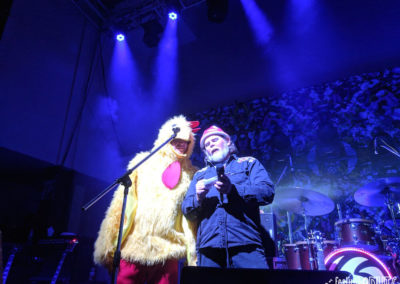 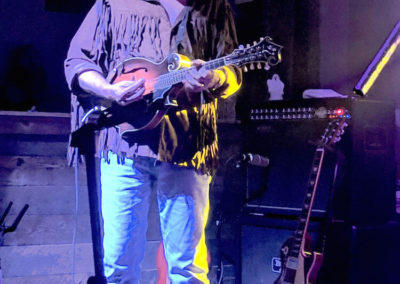 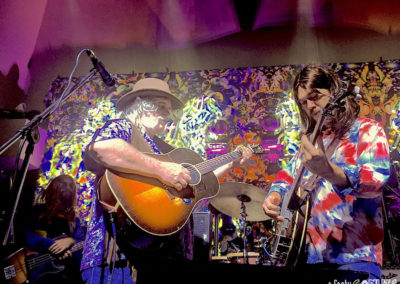 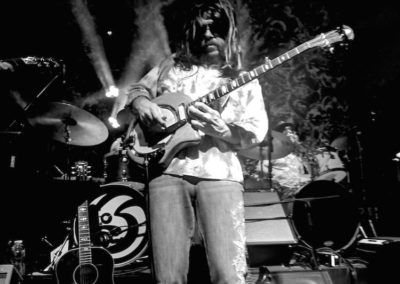 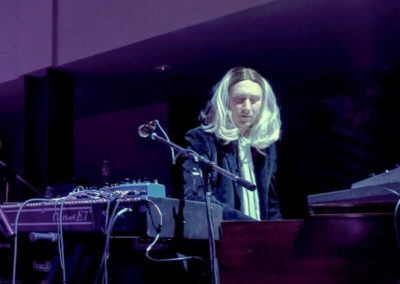 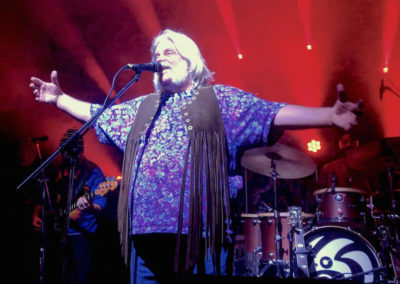 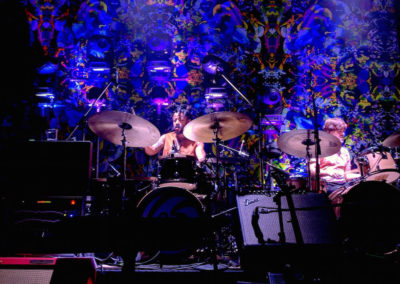 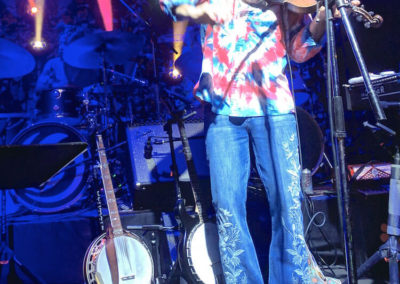 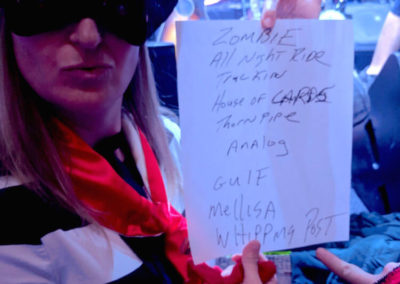 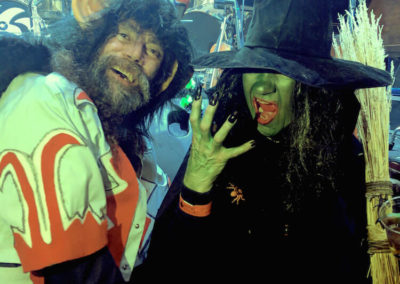