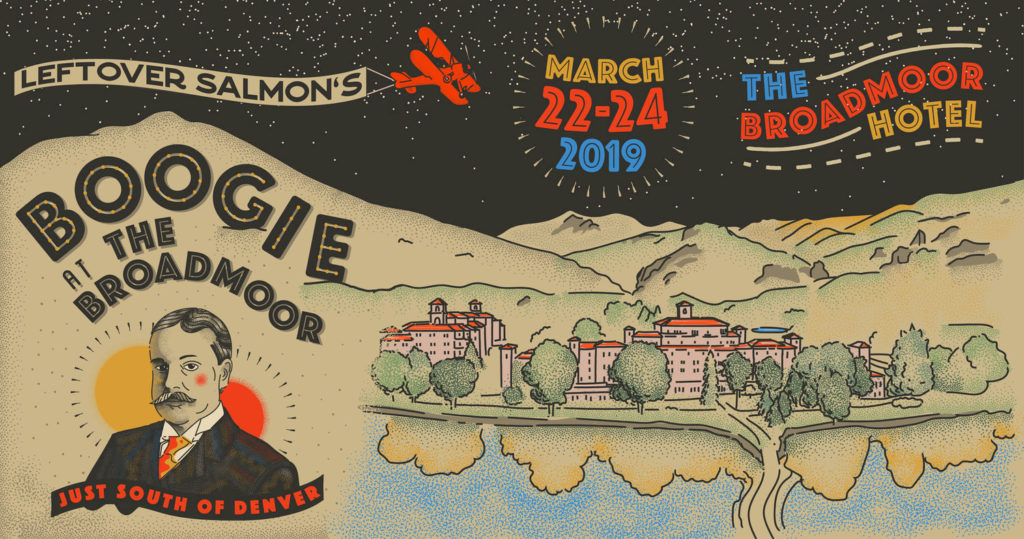 Leftover Salmon’s Boogie at the Broadmoor: What to Expect

Leftover Salmon’s Boogie at the Broadmoor

Many of us have grown to love this three-day tradition in Colorado. In fact, it’s ranked up there as one Festy GoNut’s favorite festivals of the year – and we haven’t missed one!  So, it came as a bit of a shock when Leftover Salmon announced that they will not be returning to the Stanley Hotel in 2019.

Read about the 15 Phantasmal Moments at the Stanley Hotel

But don’t fret, Salmon Family!  Because Leftover Salmon is staying in Colorado for their March festivities – and just headed on down to Colorado Springs to Boogie at the Broadmoor.

Here is your complete Guide to Leftover Salmon’s Boogie at the Broadmoor festival:

Leftover Salmon has a knack for these weekend music adventures. They’ve planned fun trips for their fans in a variety of places –  from the Stanley Hotel in Colorado to the Alyeska Resort in Alaska.   And each weekend includes incredible music and interactive activities at beautiful locations.

So, what can you expect at Boogie at the Broadmoor?  Expect three days and nights of dancing. Expect some incredible sets of music.  Expect a lot of fun activities.  Expect to make some weird memories with your friends.  Expect a weekend you’ll never forget.  But most of all – expect the unexpected.

The Daily Schedules
The Broadmoor Map
The Lineup

The Broadmoor Hotel is a world-class five-star resort in Colorado Springs, CO.  It’s only 75 miles from Denver, but a world away from city life.  You’ve got tons of iconic Colorado scenery to explore – mountains and rivers and canyons, oh my!

This hotel has been in operation for over 100 years, so we’re pretty sure they’ve got everything dialed in.  They’ve got a movie theater, bowling alley, spa, golf course, and about a dozen restaurants and bars.  They make a point to mention their ice service, so prepare to be spoiled, ice-lovers!

Treat yo’ self!  Book your classy accommodations at the Broadmoor HERE >>

Or perhaps you’d prefer to find something nearby on AirBnB?  Save $40 OFF your first AirBnB Reservation – click HERE for details! 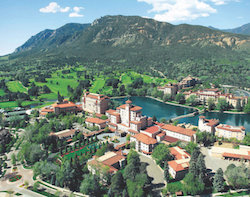 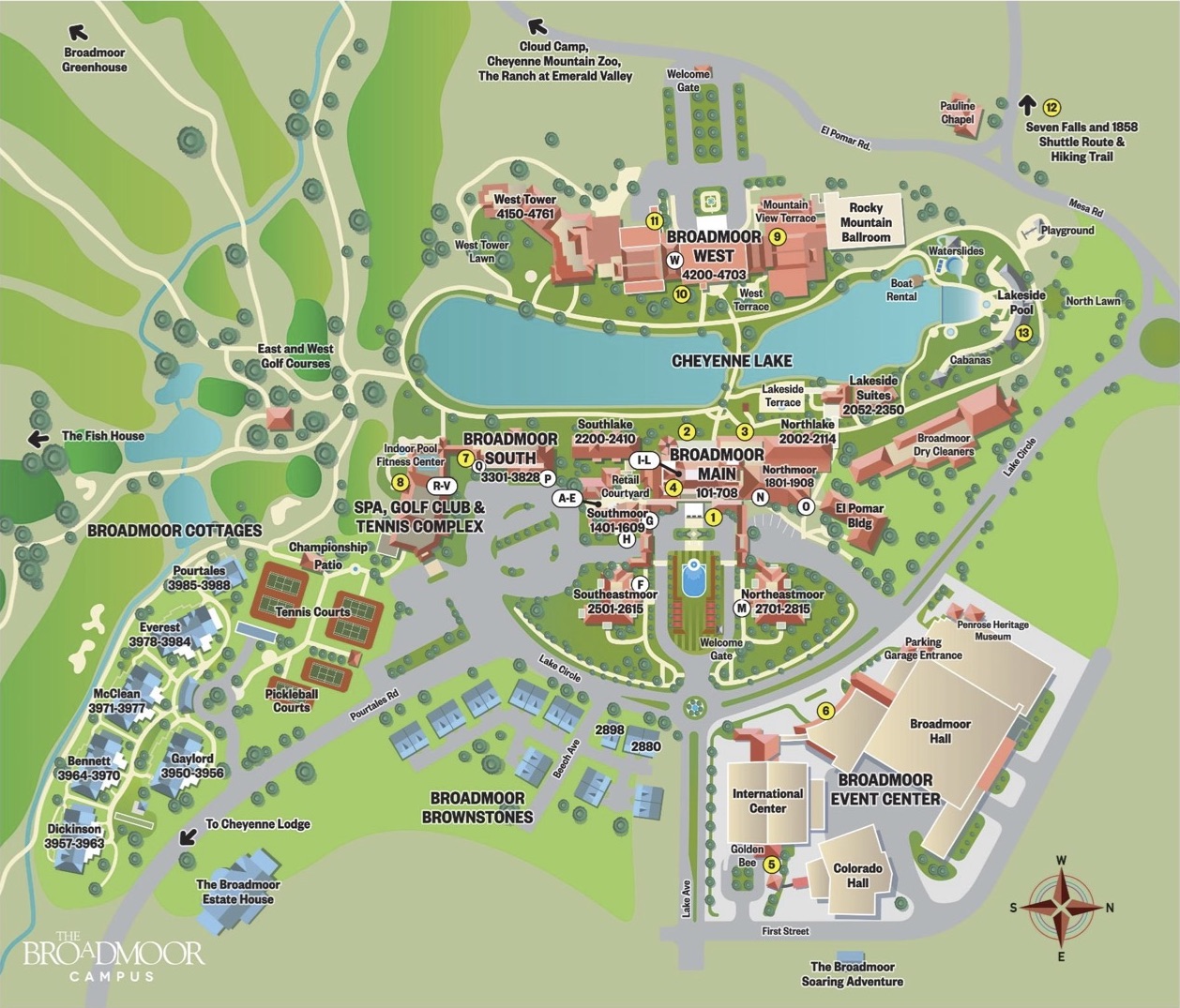 Go hiking, zip lining, fly fishing, horseback riding – honestly, there’s an overwhelming amount of adventures you can go on if you want to make this more than just a weekend of music.

Although, you might want to pencil in some extra days because there’s going to be plenty of other activities happening right at the hotel.

From what we can see, it looks like we can expect the band to play a special movie or two at the Broadmoor’s movie theatre.  If Leftover Salmon’s Thanksgiving weekend gave us any clues, we can probably expect some “bowling with the band” activities. And from past experiences at the Stanley, you can be sure that there will be other ridiculous moments peppered throughout the weekend.

So – stay tuned for their announcements! 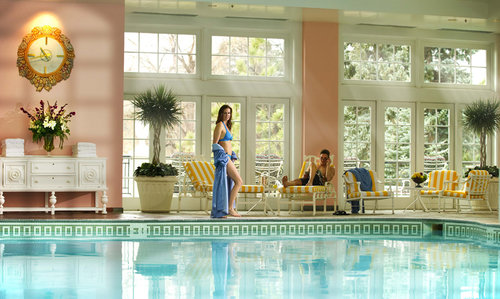 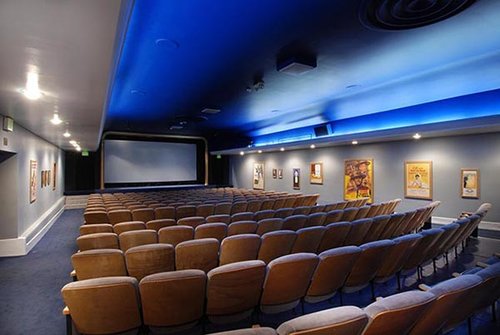 Leftover Salmon is going to bring us some polyethniccajunslamgrass. But they also invited a lot of other high caliber bands and musicians to entertain.  Expect funk, jazz, rock, bluegrass, calypso, soul, and more.

In true Salmon fashion, they are GOING BIG at the BROADMOOR!

After the latest round of lineup announcements, here’s who’s coming to Boogie at the Broadmoor:

Unless you’ve been living on the moon, you know Sam Bush.  If you want to know him even more (trust us, you do), then check out Revival: The Sam Bush Story

Chris Pandolfi and Andy Hall (of Infamous Stringdusters) have manned the front lines with the Generals through many a battle. “We bring together our musical allies to serve and protect the bluegrass people of planet earth.”  The Bluegrass Generals will be going to battle at the Broadmoor with Sam Bush, Dave Bruzza (Greensky Bluegrass), & Greg Garrison in the ranks!

Oh damn, the band’s getting back together!  Really, the COMPLETE Leftover Salmon band includes these three power members – Jennifer Hartswick, Natalie Cressman and Skerik.  Their horns and their voices create the complete polyethniccajunslamgrass package.  This.  This is why you are going to Boogie at the Broadmoor.

Lucas Nelson and Promise of the Real

So, Willie Nelson’s son is going to be there.  That’s pretty cool. Not only that, but Lukas Nelson and Promise of the Real have been Neil Young’s regular backing band for the past few years.  Also, pretty cool.  You might have seen them in A Star is Born (yeah, Lucas wrote a bunch of songs with Lady Gaga for that movie, too.) But you most likely caught this cosmic-country-rock-soul band playing at dozens of music festivals and shows around the country (and the world, really) over the past decade.

It’s been 52 years, and the Nitty Gritty Dirt Band is still rocking out music festivals and stages across the country!  These guys have pages of accolades – Grammys, Emmy, CMA Awards, top forty singles, and multi-platinum records.  They started off as a jug band, but then went on to be a catalyst for Americana roots and country music – and you can thank them for that when you see them.

Zach Deputy is a creative powerhouse, playing every instrument himself on his upcoming 4th album, Wash it in the Water.  Who knows what he’ll bring to the Broadmoor?  A helluva good time, for sure!

Erik Deutsch of Leftover Salmon recently released Falling Flowers, his latest album filled with amazing songs recorded with an incredible group of musicians, including trombonist Brian Drye, guitarist Avi Bortnick, drummer Tony Mason, bassist Jesse Murphy, and saxophonist/clarinet player Mike McGinnis.  We’re not yet sure who we’ll see with the Falling Flowers set at the Broadmoor, but we certainly won’t miss it!

The Sweet Lillies have been on the rise in Colorado and are beginning to gain the national attention they deserve.   Vince Herman produced their newest album, A Lighter Hue, so we can likely expect the unexpected when it comes to sit-ins and collaboration with the Lillies at the party!

We’ve seen members of Tenth Mountain Division at Leftover Salmon’s Stanley Hotel parties for years, and it’s safe to say that Winston and MJ have honed their craft a bit at Herman-led late night picks!  They’ve been heavily promoting their new album, and their live shows are incredibly high energy freakfests.  They’ll fit in just fine at this party!   (Learn more about Tenth Mountain Division)

Funky blues and soul from Memphis?  Yes, please! Southern Avenue have only been around for about three years, but they’ve played stages in over 15 countries and they’re already putting out a new album on the infamous Stax label.  These guys are sure to warm your soul and funk up the dance floor with their gospel-inspired blues beats – so get ready to get down.

Woodshed Red will be playing in their home town of Colorado Springs.  Salmon fans were blown away by Woodshed Red at last year’s Stanley Hotel event, and we can be pretty sure they’ll bring the heat again this year.

Pixie and the Partygrass Boys

When longtime ski buddies start to imbibe on whiskey after a long day on the mountain – and all of their instruments come out – magic happens.  And that’s how Pixie and the Partygrass Boys was born. “Partygrass” is newgrass, bluegrass, pop, rock, punk and funk – all wrapped up into one hell of a good time.

DeadPhish Orchestra is a Colorado Quartet that has made a name for themselves by creatively merging music from the two most notable names in jam, The Grateful Dead and Phish.  Improv-filled jams like My Friend, My Friend of the Devil keep fans of both bands on their toes, and even those who don’t have the immense catalogs of both of these bands tattooed on their brain will still appreciate the incredible musicianship of this foursome.

Award-winning slide guitarist Sally Van Meter has played with, well, everyone!  She has recorded with and performed with Jerry Garcia, Jerry Douglas, Yonder Mountain String Band, Leftover Salmon, and, as we said, everyone else you can think of!  She is listed as a “Special Guest” at Boogie at the Broadmoor, and we expect to see her sitting in with, well, everyone! 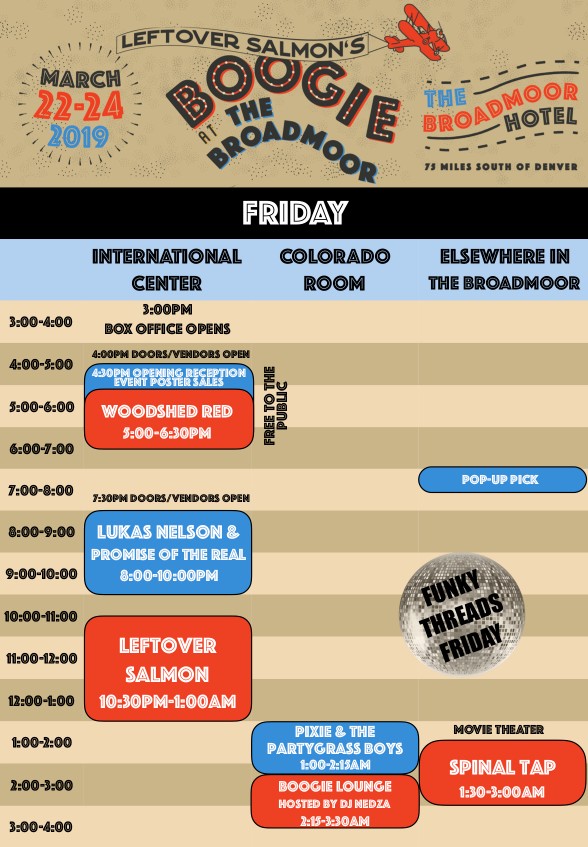 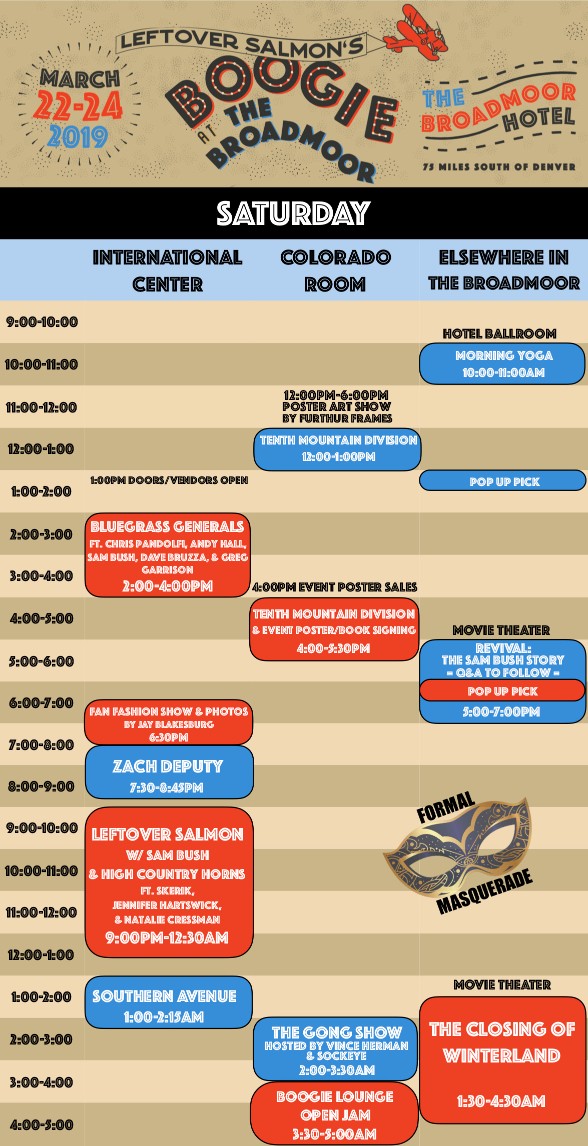 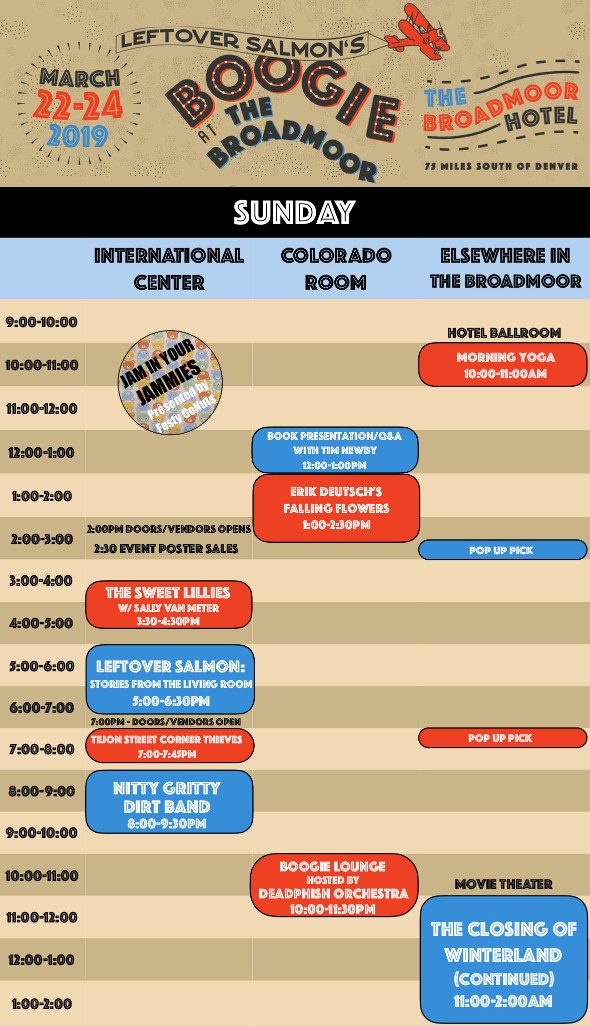 Put on your dancing shoes, and let’s all head to the Broadmoor.  For three days and nights, we can dance, dine, and delve into the wonders of Colorado.  Grab your tickets, book your room, and boogie on down to the Broadmoor Resort in March for Leftover Salmon’s newest musical adventure.