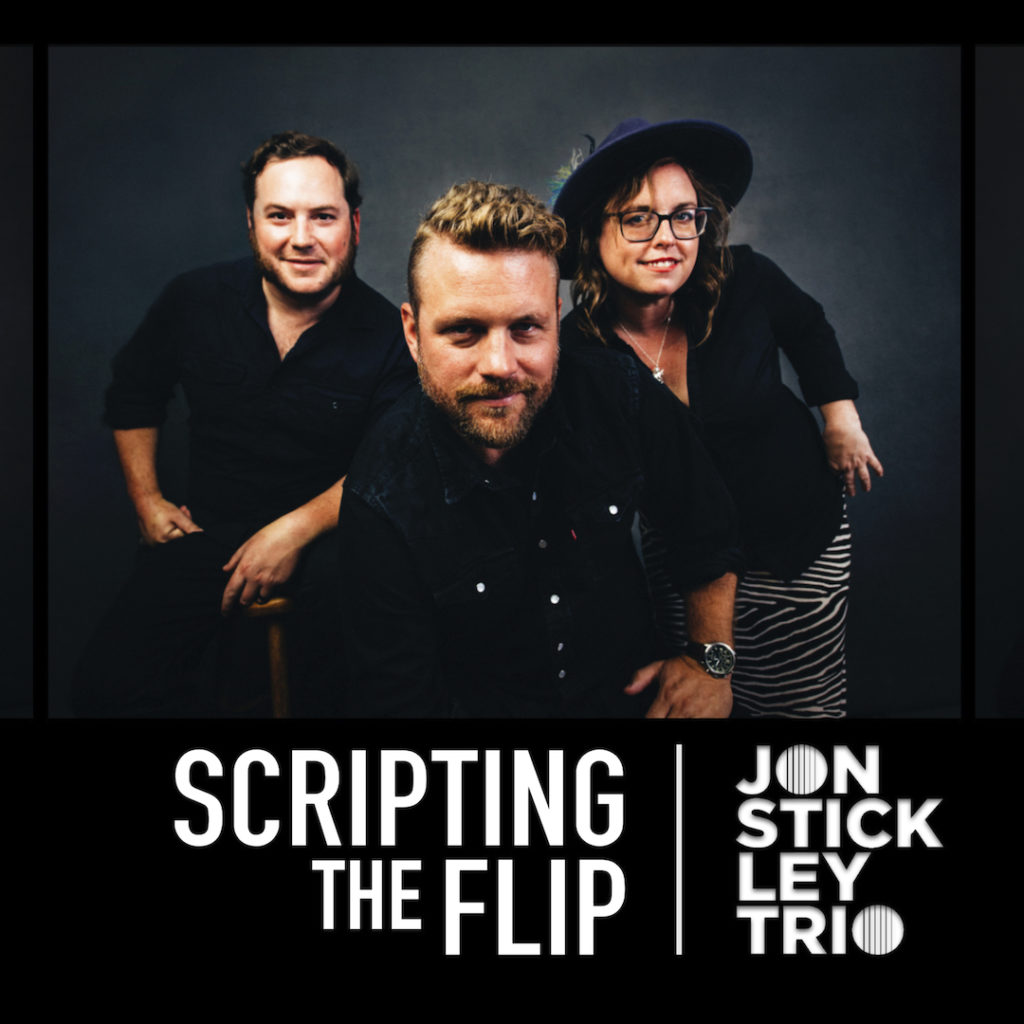 We’ve been huge fans of Jon Stickley Trio ever since we saw them live for our first time.  That was way back in early 2017, at our first Ullrgrass Festival.  We were instantly hooked by the incredibly large sound that came out of this trio, using only an acoustic guitar, a fiddle, and drums (and some creative pedal configurations!).

Later that year, we got to know Jon Stickley, Lyndsay Pruett, and the drummer at the time, Patrick Armitage, when all we sat down for an interview at Rhythms on the Rio 2017.  Our takeaway from that interview was that, aside from being incredible musicians, Jon Stickley Trio is fun as hell!

The Trio at that time was fresh off the release of Maybe Believe, their third album.

Much has changed in the years since that interview.  Shortly afterward, drummer Patrick Armitage departed the band, and Hunter Deacon seamlessly took over on drums.

With the Jon Stickley Trio lineup intact, they have been relentlessly touring the country, appearing on festival stages throughout the land.  A typical Stickley Trio show usually has a mixed audience – a core of dedicated fans, and a group of people that don’t know what to expect.  Those people almost always leave the show awed and amazed, and return as dedicated fans.

Festy GoNuts has been lucky enough to catch Jon Stickley Trio live dozens of times, and never have we seen a dull moment. 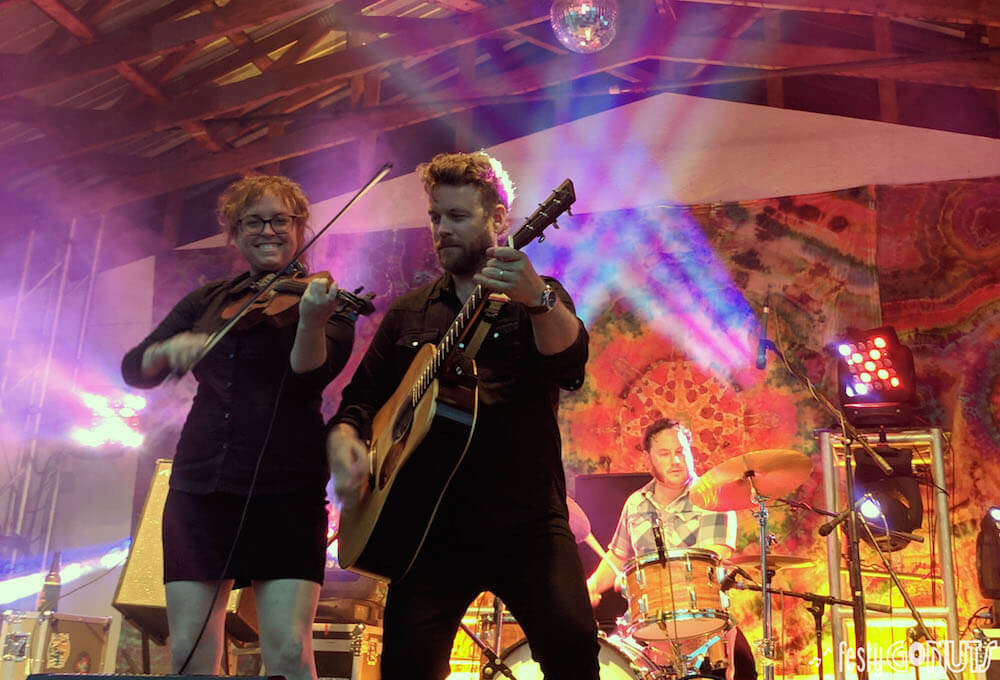 Jon Stickley Trio has now teamed with Organic Records to release Scripting The Flip on April 3. The album is now available for pre-order.

From the Organic Records Press Release:

Rooted in the traditions of bluegrass but combining gypsy jazz, avant garde, rock and even EDM music into a powerfully unique sound of its own, the Trio — which features Jon Stickley on guitar, Lyndsay Pruett on violin and Hunter Deacon on drums — has become festival and music hall performing favorites. A rapidly growing and increasingly devoted fan base has resulted from their national touring schedule and in this, the Trio’s fifth album.

A series of singles preceding Scripting The Flip’s release serve as focus tracks and show the band’s ability to weave a multitude of strands into one coherent, distinctive fabric.

The first, “Animate Object,” is an intelligent blend of jazz, latin, and dance music. It’s unconventional and alluring, making it a perfect example of the group’s twist on acoustic-based music. “The world is a swirling collection of objects passing through space and time. As humans, we have our own orbits that intersect with others as we live in the world. ‘Animate Object’ explores the idea of different musical orbits coming together to create something unexpected,” says Stickley.

Inspired by the late-night festival sets the Trio loves to play, where it often takes on a life of its own, “Don’t Slip” is the group’s dance anthem. “Overall this song is one of the most ‘us’ tracks we’ve ever recorded,” says Stickley. “It’s about the freedom to explore and get lost in the groove, and when it takes over, make sure not to slip!”

The third is a characteristically witty yet deeply rooted take on a bluegrass classic: legendary fiddler Kenny Baker’s “Bluegrass In The Backwoods.” Stickley adds, “The tune captures one of the coolest aspects of bluegrass: its ability to naturally incorporate other genres and styles. It’s easy to hear the influences of gypsy jazz, and even bebop in the phrasing of the melody.”

These, with the album’s 8 other instrumental offerings, move through moods that evolve over the course of the album and even within the tracks themselves. More highlights include “Driver,” with guest banjoist Andy Thorn of Leftover Salmon, which reunites Stickley with a long-time friend and former bandmate in a slice of modern Colorado ‘grass, and the title track, “Scripting the Flip,” where intricately geometrical musical phrases act as a metaphor for this Trio’s aim, blending and extending a style rooted in one world but entering another.

In this way, the Jon Stickley Trio transcends the standards of acoustic music with a wide range of influences masterfully integrated into a signature approach. The collection sums up the Jon Stickley Trio: A three-way collaboration expressing music that comes from the heart and the mind and speaks to both.