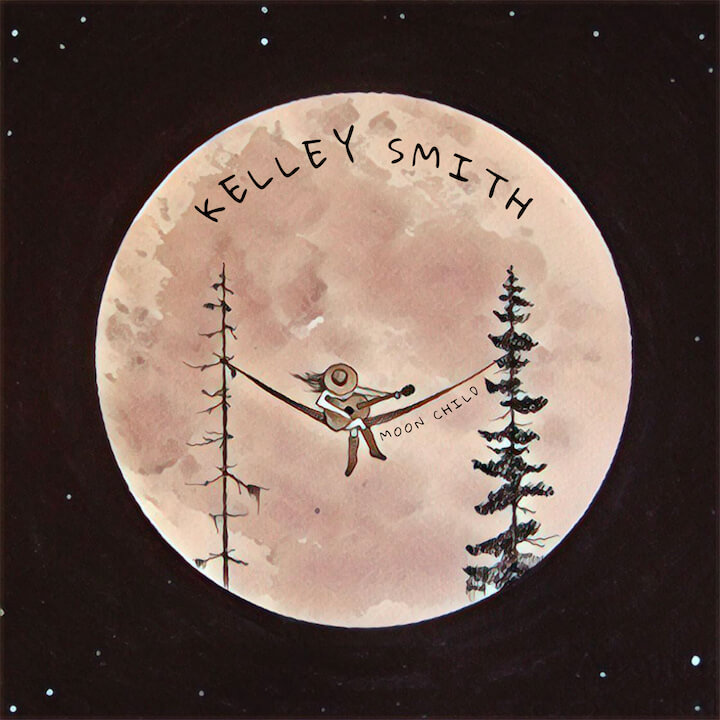 Spoken words have never come easy for Smith, a mother of four. Raised in the woods of MN by musicians, she had always been musically inclined, but it wasn’t until her late 30’s that she began songwriting. She did so as a practice in freeing herself from social anxiety. “I was tired of being tongue-tied,” she says, “…I just wanted to paint little word pictures of what was in my head with no pressure to be profound, or correct or catchy. Just me, my soul, coming out.”

MOON CHILD is the result of that practice, and comes across as a mid-life coming-of-age story. As an insomniac, Smith wrote this first batch of songs by moonlight. The record evokes a sense of belonging, juxtaposed with escapism, as she croons about long-term love, grief, and her draw to the night sky.

“Moon Child is a great listen. Intimately personal with a wry sense of humor, Kelley takes the listener on a journey of becoming. A deep look inward to which we can all relate in one way or another.”

Tell us a bit about your new album: Moon Child.

I like to refer to the Moon Child EP as a middle-life coming-of-age story. It’s a dreamy little album. There’s a lot of tension there, though, between belonging and escapism. The adult self and the child self. This is my first batch of songs, all written during bouts of insomnia in the early days of pandemic lockdowns. I was raised by musicians, and have always been musically inclined, but I wasn’t ready until my late 30’s to write music. And when I was ready, I was really only writing them as a practice in freeing myself from feeling tongue-tied and trapped in my head. I had no idea I’d be sharing my music with the world, at the time. It was therapy.

The concept for the album came together so naturally, because it wasn’t planned. It was just where I was at, at the time. After a lifelong struggle with social anxiety, I was just done with giving into fear and scarcity. The songs all orbit around this theme of becoming. Making peace with what has been, finding oneself again, and looking ahead with intention. There’s a lot of youthfulness paired with wisdom in the songs, almost as if my inner child was befriending my world-weary adult self. You’ll hear that especially in Moon Child, Marriage, and Tea and Whiskey. Moon Child was the first song I wrote for the album. I used to lay awake in the midnight hours and stare at the moon outside my window. I’d imagine its light was leading me down little paths. Places I needed to go emotionally for healing. I was completely content to be awake, but my sweet spouse would wake up and squint at me like “what are you doing?!” So when I first started writing the song, I was being a little bit cheeky, imagining he thought of me as a moon child.

What did you learn about yourself when writing and creating Moon Child?

Oh man. Making this album was transformative. Where do I start? It changed me. I was afraid. And I still am, but I just keep putting one foot in front of the other, now. I learned that when I do that, good things seem to happen, and others seem to benefit from it as well. I learned that I’m good at helping people feel their feelings. I don’t need to be a showboat about it, but it’s okay to show up in the world as an introvert with social anxiety. Help people cry, and have a little fun. I also learned that I can be very particular, and I’m more of a contemplative creator. My producer, Joel Schwartz, is a very patient person. We took our time producing these songs together remotely. You can hear that my voice and overall sound evolved from the first song we worked on, Moon Child, to the last, Tea and Whiskey. I actually LOVE that this is the case, because it’s sort-of a real-time example of the ‘becoming’ that the songs orbit around.

Dust. I was compelled to write it when I was overcome with empathy for my adult cousins who were getting ready to say goodbye to my aunt, who was passing away from cancer. Like I mentioned before, I didn’t think I’d be sharing my songs with a whole lot of people. But…I was proud of Dust, and posted it on my Instagram page. A few weeks later I got a DM from producer Joel Schwartz. He linked a video of himself playing electric guitar along with my scrappy little video. At first I thought it was just some guy hitting on me, but I did my research, and he was/is legit. So legit! So…Dust is how I met Joel, and Joel was a huge catalyst for my songs becoming public.

What is next for you? Any big plans?

I have a whole slew of songs I’ve been performing live, that are not recorded yet but have caught on with folks. So I want to make a 3 song EP called “Linda, Lydia, and Lenore” – songs that tell the stories of strong women in my life. After that, a full length album that’ll have a strong…divine feminine…theme. Including a song the ‘fans’ really like called Aphrodite in a Trucker Cap. The album will be a little playful like that, while still including my heavier fare. I also plan on reading a book, just for fun, and wearing sweatpants. Releasing music is an all-consuming endeavor, and I’m in desperate need of some introvert time. 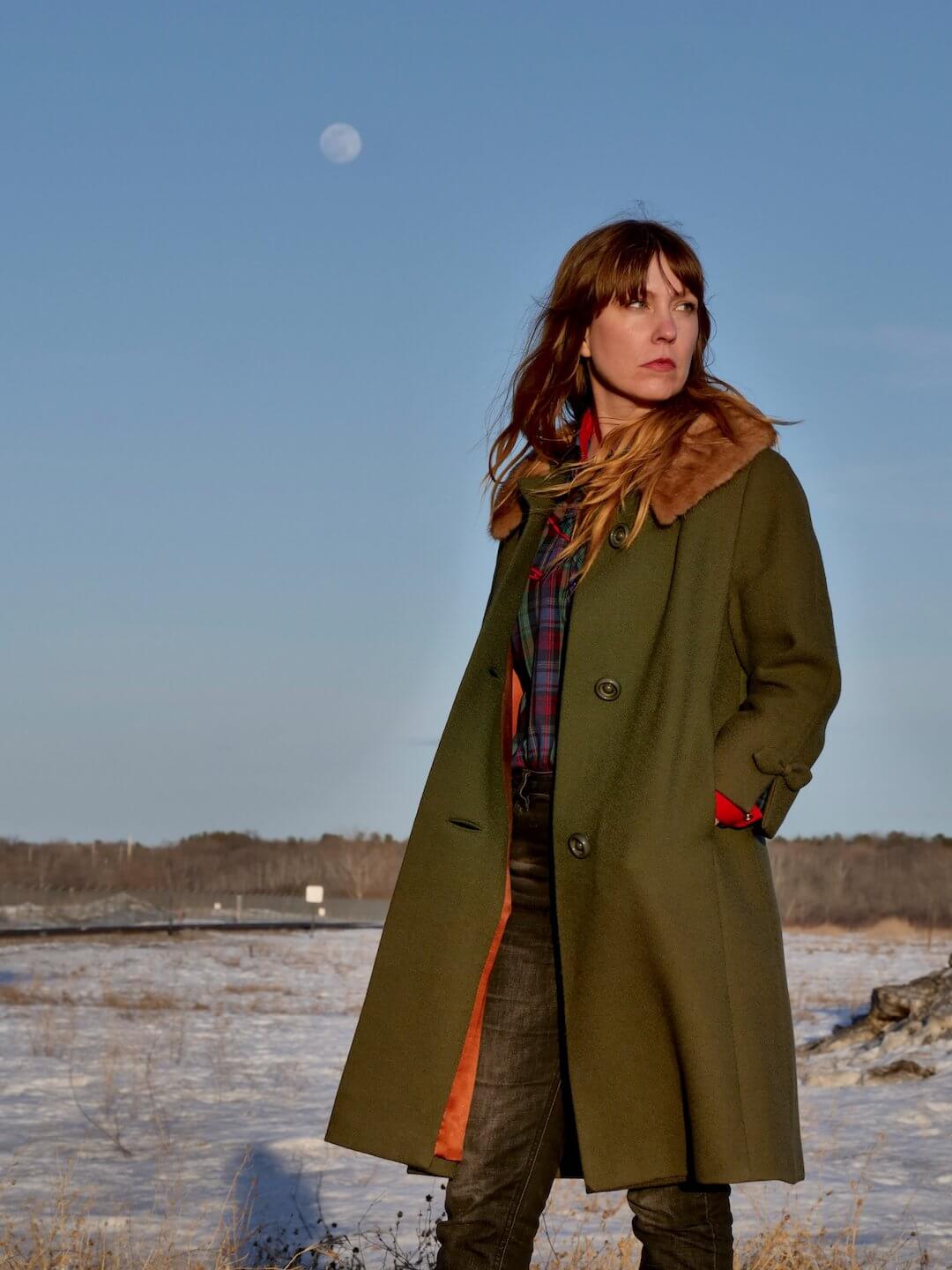