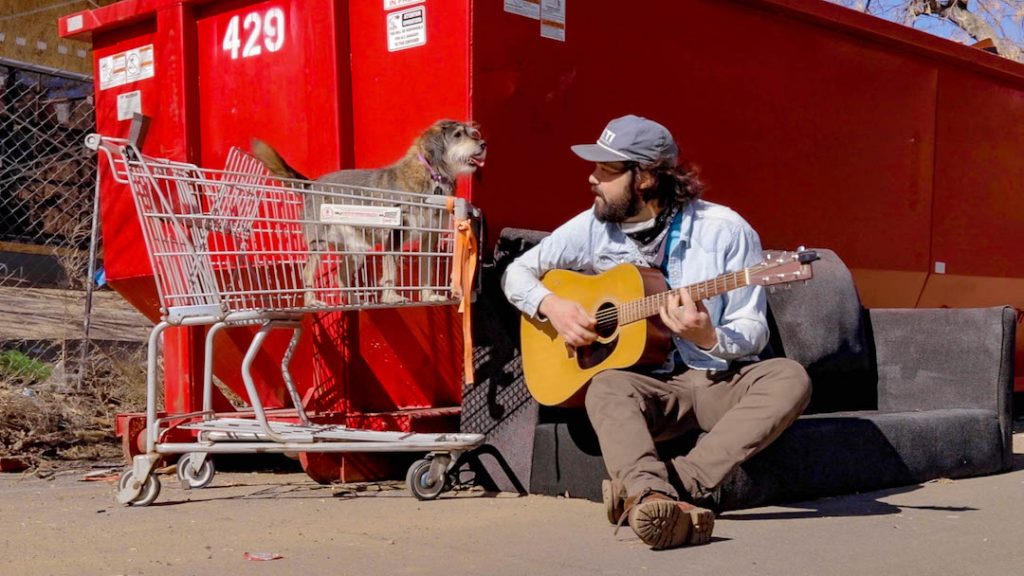 Mark Pietrovito (formerly of Part & Parcel) to release a new album under the name “GoodFolk.”

“I was driving down the road listening to this album. Some of the songs made me feel really damn cool and excited to be alive. Some songs made me nervous as I contemplated components of life that the lyrics and melodies pulled out of somewhere inside of me. Some made me feel good sad, my favorite kind of sad. With all that being said, I like this album a lot and I especially recommend it to those of you who figure your own shit out by hearing about that of others, in a sonically pleasing fashion.”

“Mark is a storyteller who delves into our everyday lifestyles, the questions we hardly ask, and the things most folks don’t want to admit.
This is honest Americana and I dig it.”

“First time I met Mark from GoodFolk he was leading the basement of an after party in song with his guitar. His love for music is infectious and it doesn’t take much effort to feel an immediate connection with his new tunes.
Good folkin’ shit!”

“The GoodFolk project really brought our friendship full circle. We had already bonded over sharing original material a few years back, and helping Mark to bring these songs to life has been a real treat!” 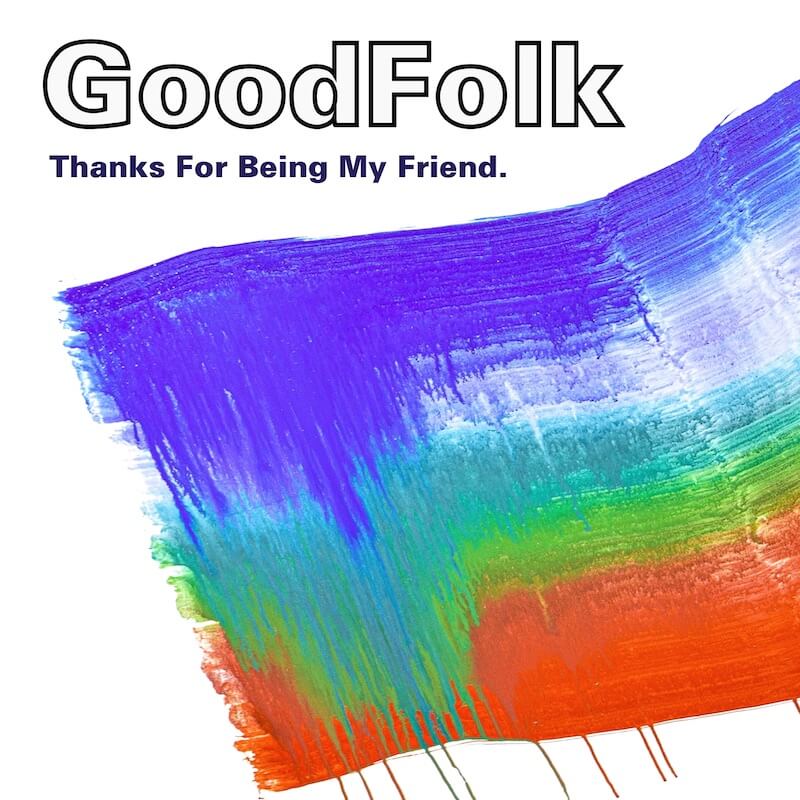 Mark Pietrovito is not afraid to rely on his friends when the need arises.  The former mandolin player for Part & Parcel is blessed with many of them and doesn’t take any for granted.

Recently, Pietrovito found himself at a crossroads in his life.  His band, comprised of some of his longest and best friends, had just called it quits. He was looking for a new direction while facing adversity on many fronts.

He used songwriting as a tool to pass the time and fell into an extremely prolific artistic period. His struggles, as well as his achievements, began to emerge in the music.

Eventually, things began to brighten in Mark’s world.  He settled into life after his band.  He got sober.  He started to embrace the happiness again.  And he was sitting on a ton of new songs that reflected his journey – both personally and artistically.

At that point, Pietrovito did what he has always done – he reached out to his friends.

Mark began by connecting with artist and producer Brian Dale Allen Strouse, who helped to start the process of bringing the new music to life.  He then called on some of his best friends in Tenth Mountain Division to serve as his backing band.  He recruited Pennsylvanian folk artist, Little Flowers, for additional vocals.

GoodFolk, as this new venture would be dubbed, was coming to fruition – with the help of Mark Pietrovito’s friends.

“The beauty of GoodFolk,” Pietrovito says, “is that it’s a collaborative effort between me and whatever friends are around!  The lineup isn’t ever permanent.”

One of the friends who happened to be “around” was Fritz Boniface (Deer Creek Sharpshooters), who also helps manage the Home Ranch in Clark, CO.  Pietrovito chose this as the location to finally give life to his collection of songs.

A few days were spent soundproofing a cabin, and Boulder’s Cosmic Collective supplied gear and helped to build a studio space.  Brian Dale Allen Strouse and Little Flowers flew in from Pennsylvania and were joined by Tenth Mountain Division and Kay McKenzie (Three Wire Winter).

In just a few days, the entire album that would be Thanks For Being My Friend was recorded.  During the process, the group did what friends do; they rode horses, explored the property, played music, and poured themselves into the project.

The recordings that came from this session reflect the attitudes and relationships surrounding the artists in that time and space.  While many of the songs dive into deeper waters, the light still manages to shine brightly through.

I Can’t Swim, the first track to be released, features the full band of Tenth Mountain Division along with Little Flowers’ vocals.  The song is catchy and playful, but in a sarcastic sort of way.  Of I Can’t Swim Pietrovito says, “I think it makes mischief out of struggle.”

Living Proof is one of the few older songs on the album, written several years ago, but remaining true to the original composition.  The recording features Andrew Cooney (Tenth Mountain Division) and a brief backing vocal from Little Flowers.

“I wrote this tune years ago, it always stuck with me,” Pietrovito says. “I think it’s about a life-long sort of love.”

From the opening track of Blue, with its danceable, uptempo beat combined with introspective lyrics, it is evident that this album will cover a mountain of terrain.

“Nothing is as it seems,

there are angels talking in my dreams.

They give advice to me,

but nothing comes for free.”

And that is an ongoing theme of Thanks For Being My Friend – that nothing is as it seems.

An apparently mournful song like Many Things will have you happily humming along to the catchy and uplifting melody. From the folk ballad of Everybody to the self-reflective Scapegoat, these songs tell deep stories and paint intricate pictures.

“You’ve got to make it to the top

If you’re gonna fall from grace

If you hit the bottom before me

Just save a little space”

Fin des Temps is a duet with Little Flowers that could easily find itself on any pop chart, while Ghosts dares the listener to rethink their own existence, but maintains a melody that won’t easily fade from your head. A song like Sad is anything but, delivered with a straight-up rocking guitar solo along the way.

The album’s closing track, Bitter Truth, displays an image of an artist struggling through a difficult time, with the refrain “I feel I’m breaking down.”  Yet the song manages to frame the image in hope.

From top to bottom, it is hope that permeates every note of GoodFolk’s debut album. Hope in struggle, hope in sin, hope in life.  Hope has brought Mark Pietrovito to the place in which he now finds himself, and the journey is laid out for all to hear.

The chorus of Scapegoat repeats, “Well I’m just trying to find my way.”

Luckily, Mark Pietrovito has many good folks to help him find it, and for that, he says Thanks For Being My Friend.

Thanks For Being My Friend can be pre-saved on Spotify now.
PRESAVE LINK 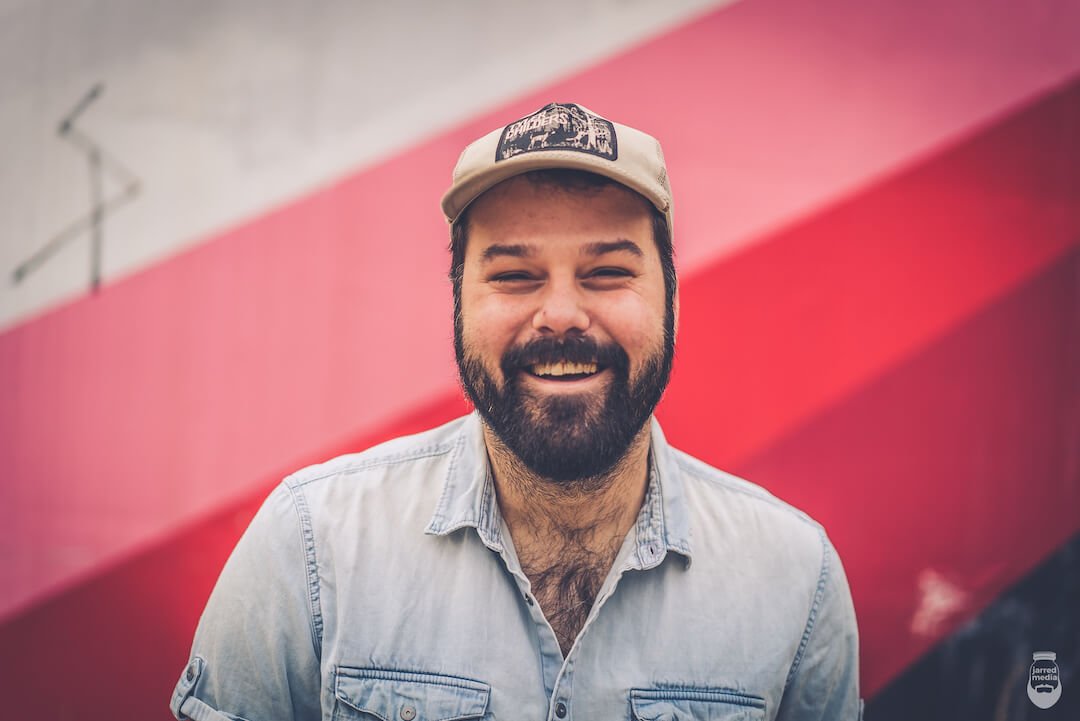 Mark Pietrovito is a multi-instrumentalist, singer, and songwriter who has worked in many diverse genres and styles. With his current project, GoodFolk, he is releasing his first full-length solo album, Thanks For Being My Friend.

Mark grew up outside of Philadelphia with his mom and 3 brothers in a ‘big’ and often ‘very loud’ family, as he remembers, with the house always filled with music.  His dad would bring his friends home to play music most nights, and from the time Mark came home until he went to bed, ‘the house was jamming!’

Mark didn’t look at music as a life-goal or career, however.  A self-admitted ‘punk kid’, he cared more about skating than music. Still, despite the lack of serious interest in his guitar playing at that time, Mark looks back on his father, who passed when Mark was young, as one of his greatest musical influences.

“My dad did a really good job of connecting with me through music even at a young age, and most importantly teaching me how to connect with music in my own life. I was able to tie myself and my emotions to songs, breath that shit in, before most kids were ever discovering music on their own. I don’t think I would be the same person without that.  Music has always been a fundamental part of my life and he is certainly the person who made it that way.”

Mark started playing music in earnest once he got to college, and eventually helped to form the Colorado powerhouse, Part & Parcel. The band was together for just 5 years, but they made plenty of noise in the Denver area and beyond, blending funk, punk, folk, and rock with a bluegrass instrumentation that always had the dance floor stomping.

One of Pietrovito’s proudest achievements with Part & Parcel was the “Corduroy Classic,” an annual charity event he helped organize in Denver.  Playing alongside friends from Tenth Mountain Division, The Magic Beans, The Sweet Lillies and Kitchen Dwellers, Mark also shared the stage with legends like Tim Carbone (Railroad Earth) and Anders Beck (Greensky Bluegrass).

Now, after a brief hiatus, Mark is back where he belongs, making music.

Sitting on a large cache of songs that differed from anything he had previously recorded, Pietrovito chose to create a new project that truly represents his art and personal journey thus far.

“I just want to write honest music, to myself and the people who are listening,” Mark says of his GoodFolk efforts. 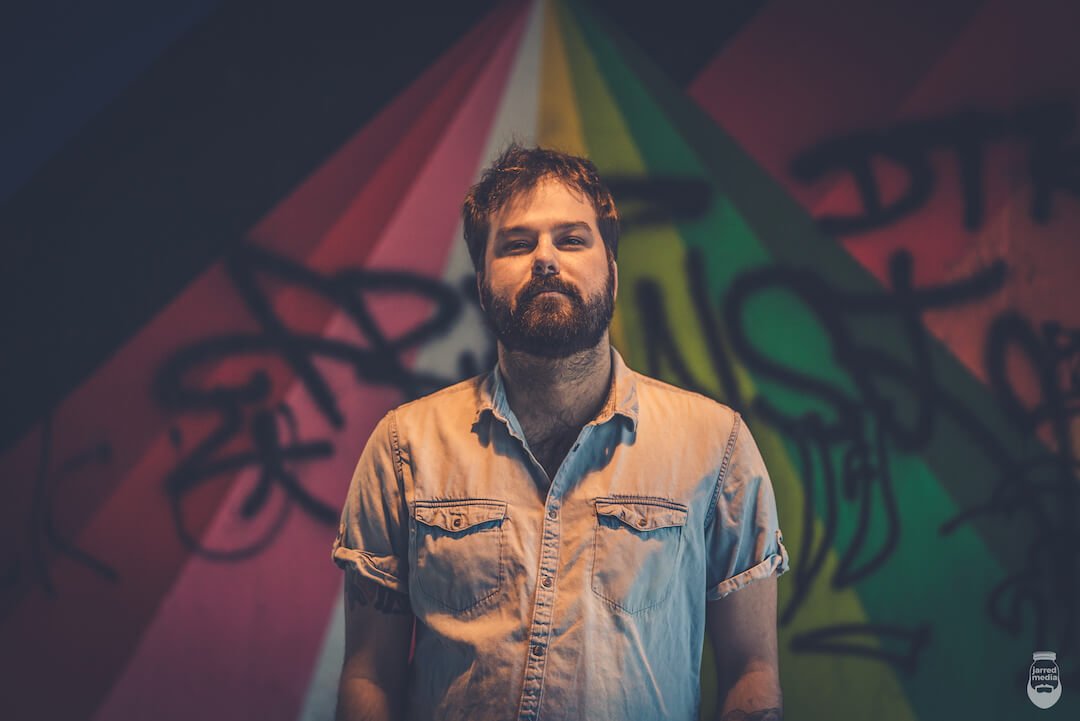 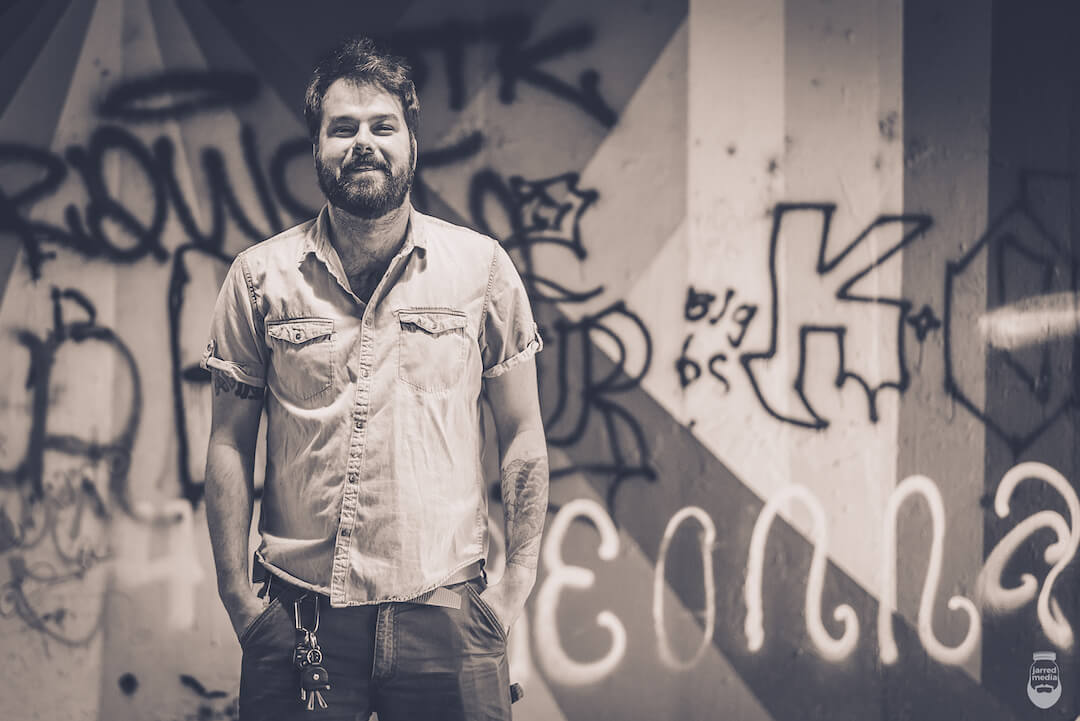