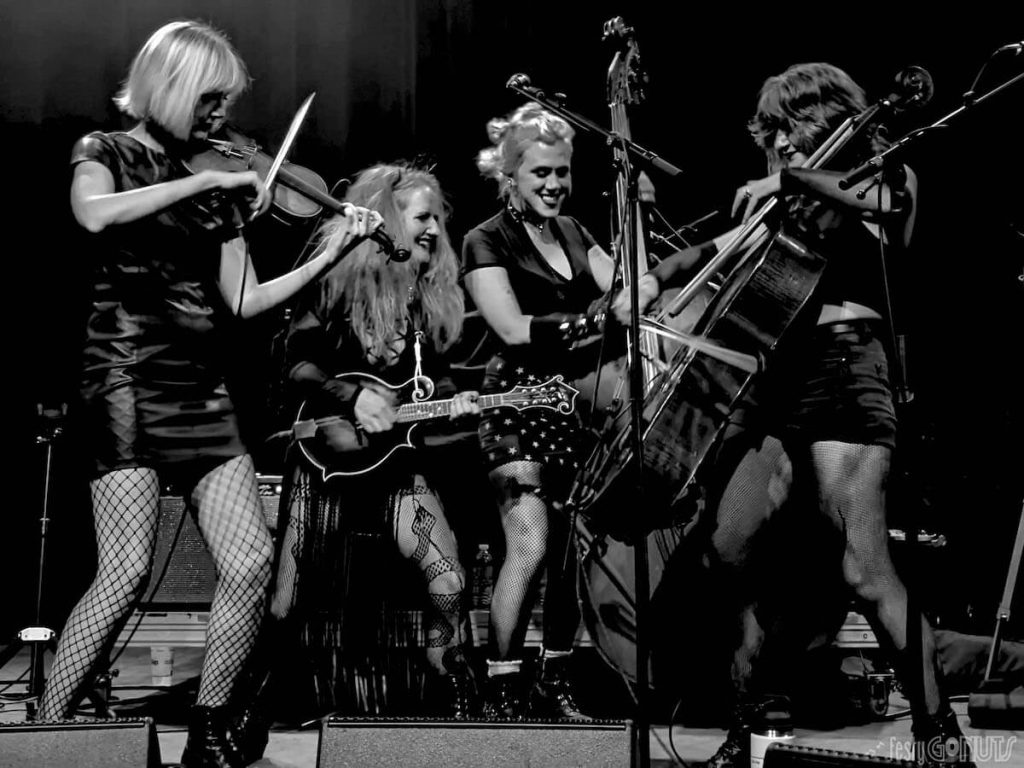 Things are sure erupting for Big Richard.

This band exploded onto the scene seemingly out of nowhere, and barely a year from their conception, the 4 talented Colorado musicians found themselves headlining a sold-out show at Denver’s Gothic Theater – moved from the smaller Bluebird Theater when that quickly became inadequate.

Fans arrived early on Friday evening, dressed in black, with black eyeliner, lipstick and teased hair to match the fishnets and leather, and packed the venue early to catch Utah’s Pixie and the Partygrass Boys.   (Some of these fans arrived early to hold down the rail.  Thank goodness, because I don’t think that large group of 6’7″ men could have possibly seen from anywhere else in the room.)

Pixie and the Partygrass Boys – never ones to shy from a chance for costumes – were very appropriately attired when they took the stage.  Utah’s best party band was without fiddle player and singer Amanda Grapes, who was on her honeymoon, but they had banjo phenom Sam Armstrong (AKA Girl Scruggs) filling in and adding some new layers to the Partygrass sound.

To temper the big dick energy just a bit, Pixie and the Partygrass Boys also played “Appreciate Where You Came From,” their ode to the vagina.  As the crowd warmed up, Partygrass kept us dancing  and set the tone for what was to erupt at the Gothic. 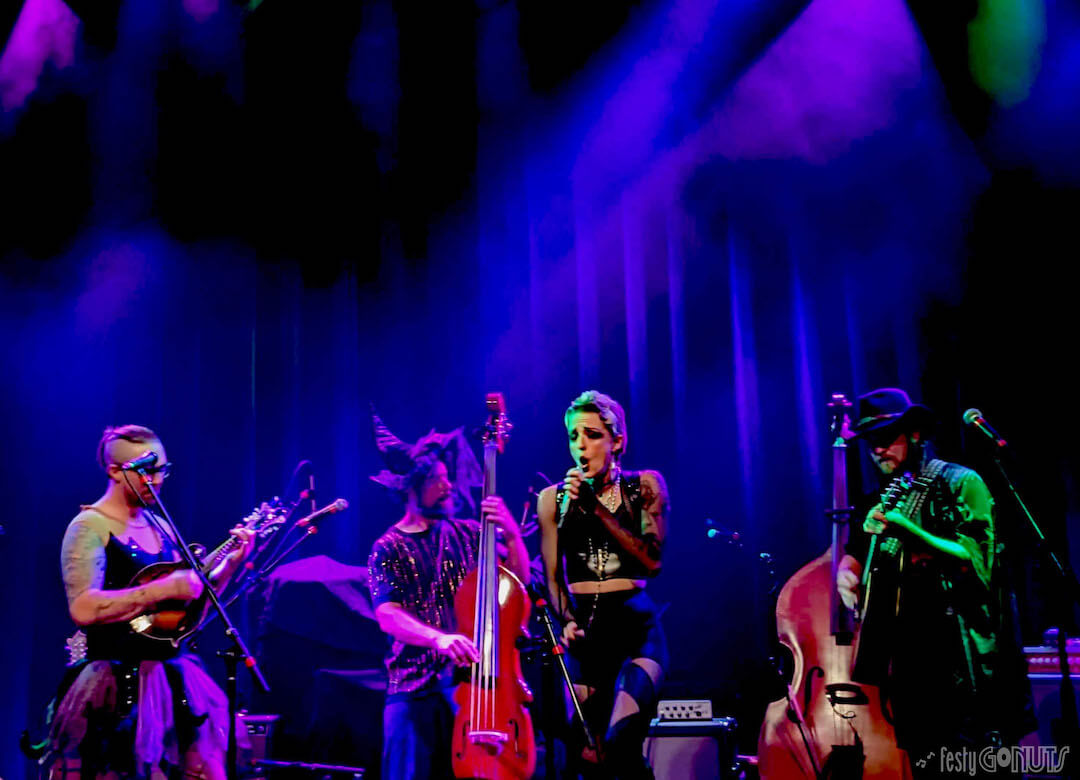 Pixie and the Prtygrass Boys kicked off the Goth-themed night at the Gothic Theater in Englewood, CO.

Big Richard – Bonnie Sims on mandolin, Dr. Joy Adams on cello, Emma Rose on bass + guitar, and Eve Panning on fiddle – has been on an incredible rise leading up to their sold-out Gothic Theater show.

A recent Denver Post article rightly referred to the foursome as “some of the state’s most accomplished bluegrass and old-time artists.”  This same article, however, wouldn’t refer to Joy Adams, who holds s Doctorate in Music, as Dr. Joy Adams, sighting some bullshit AP formatting rules.

Well, Doctor Adams, if you would like to do an interview with this rule-ignoring publication, we here at Festy GoNuts will call you whatever you’d like – be it Doctor Meow, SkiBoi HasBigBallz or anything else.

With this recent media attention, expectations and excitement were high Friday night, as was the crowd.

Some folks were there for their first taste of Big Richard, while others had been on the ride already and were back for more.  Regardless if they were Big Richard virgins or steadies, everyone was ready to throw down in Englewood Friday night.

The band walked on stage looking like they would fit right in at a Nine Inch Nails show.  (But maybe 10 or 11 inches?)

They tore into a setlist of bluegrass classics, covers and originals, with an extremely attentive but raucous crowd showing their appreciation between each tune.

Big Richard props and paraphernalia were seen throughout the room, including some giant (and medium) inflatable members, and an alarming number of shuttlecocks flying through the air.

That’s part of the fun of Big Richard.  Penis jokes.

But penis jokes with a message.

Because this band can play.  I mean, they can really play. And those harmonies…

But there will always be false expectations with an all-female band.  So, Big Richard takes those expectations and turns them on their head.  They embrace the shaft of their namesake, and by doing so, take the power out of the male-dominated music industry and spew it right back, with even more ferocity.

When there are giant dicks floating through the air while incredible musicians are shredding the stage, it’s hard not to laugh at it all. And by it all, I don’t mean Big Richard.  I mean the system that has made a band like Big Richard possible, and necessary.

So, yeah.  There were some cocks.

But what will ultimately be remembered from the Big Richard show at the Gothic Theater, and of this band in general as they plow their way through history, will be the music.

After an incredible set, with Pixie and the Partygrass Boys helping out for one, the foursome briefly left the stage, and a drumkit was unveiled, alerting the crowd that a big climax was coming!  (sorry, it just starts to get too easy)

Joined by Alana Velvis on drums, Big Richard closed the night with their first-ever electric set, featuring all covers, and blew the room away.

Punctuated with a vigorous rendition of Fleetwood Mac’s The Chain, Big Richard demonstrated the power they command onstage, and the limitless capabilities their future holds.

So grab on, hold tight, and get ready for Big Richard, because they aren’t shrinking away anytime soon. 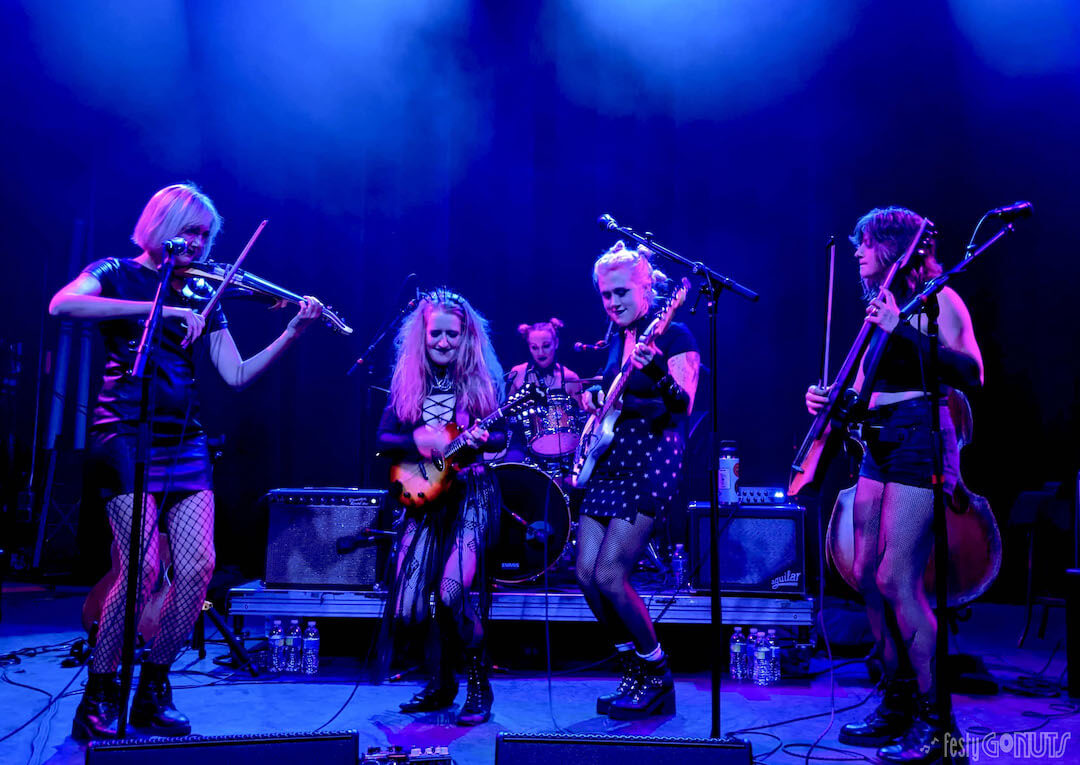 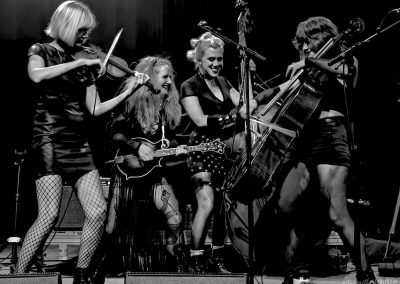 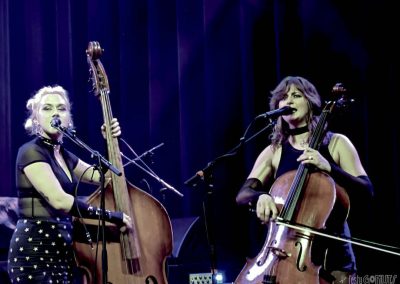 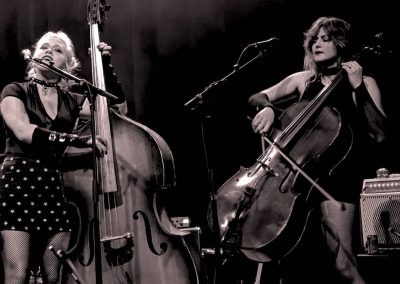 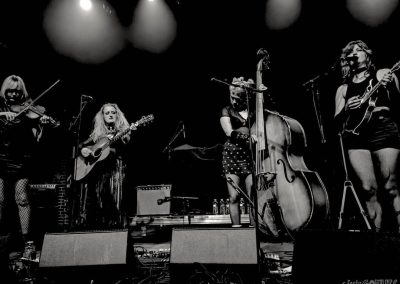 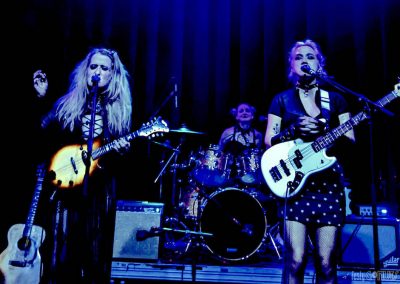 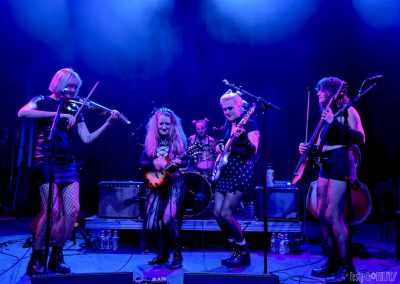 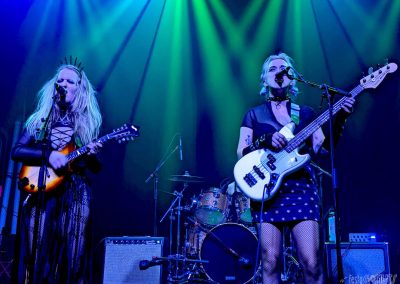 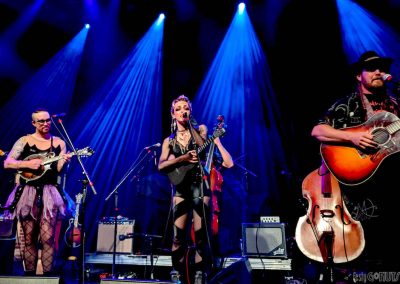 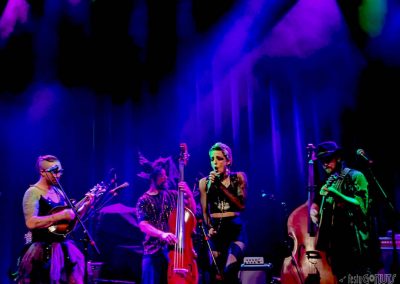 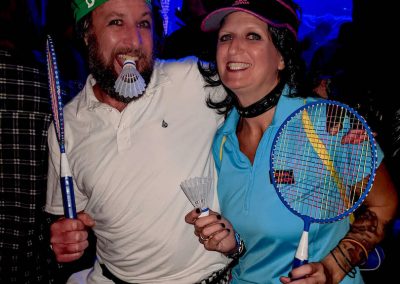 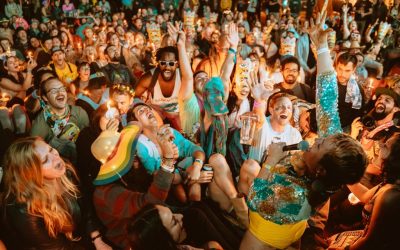