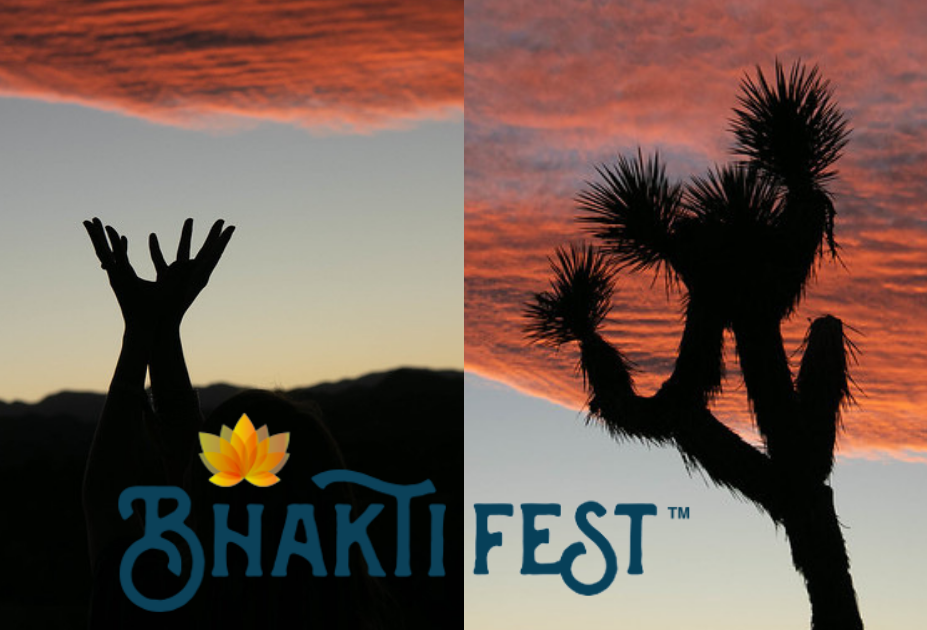 The 10th Annual Bhakti Fest will be moving just up the road from Joshua Tree to 29 Palms, California.  From September 25 – 30, 2019, attendees will gather to experience conscious music, yoga, as well as participate in spiritual and wellness workshops.

Known as a hot destination for rock climbers, sunset lovers and stargazers, the new location will feature three stages, expanded yoga and workshop villages, a sound temple for sound baths, a healing sanctuary for bodywork, a mantra dome, Bhakti Kids Land with ongoing children’s programming, men’s and women’s sacred spaces, and a Kirtan school.  Plus, attendees will find many activities to enjoy on the lake, such as swimming, paddleboard yoga and more!

50 years ago this summer Woodstock promoters Michael Lang and Artie Kornfeld sought now Bhakti Fest producer Sridhar Silberfein’s advice on the soon to be legendary art and music festival they were producing upstate. Sridhar said to them, “Ya got some of the greatest musical acts in the world but what’s missing is the spiritual component.” With their to-do lists already bursting, they answered, “Ok you deal with that part.”

As can be seen in the documentary film about the event, Woodstock, on August 18, 1969, Sri asked singer/songwriter Richie Havens to introduce Swami Satchidananda. Still reeling from his legendary set, Richie gave him a “that would be a no” look. So, Sri escorted Swami Satchidananda and his entourage onto the Woodstock stage to deliver an invocation. More than half a million American youth were in attendance – the largest peaceful gathering in the West at the time. Swami Satchidananda introduced the power of mantra, inviting the crowd to recite “Hari Om” and “Ramaramarama.” A moment of silence followed. Not even a camera clicked.

Finally, in 2009, 40 years after receiving his life’s mission, Sridhar founded Bhakti Fest, which has since become Southern California’s largest and most beloved yoga and spiritual music festival. Now after a decade in Joshua Tree, the festival is moving to a new home just up the road in 29 Palms, California.

The City of 29 Palms has rolled out the red carpet for Bhakti Fest, and the producers are thrilled to host the festivals here. 29 Palms, known as the “29”, has become one of the hottest destinations for rock climbers, stargazers, nature lovers, Joshua Tree fanatics, and sunset seekers alike. It is the home of Joshua Tree National Park’s North Entrance, and the official Gateway to the Mojave Trails National Monument. Expect skies painted with color at dawn and dusk, night skies filled with an abundance of stars and the stunning Milky Way.

Early bird festival pricing is available for Bhakti Fest 2019, plus there are discounted tickets available for local residents, veterans, military, seniors, and students. Tickets are available at https://bhaktifest.com/bhakti-fest-tickets/. 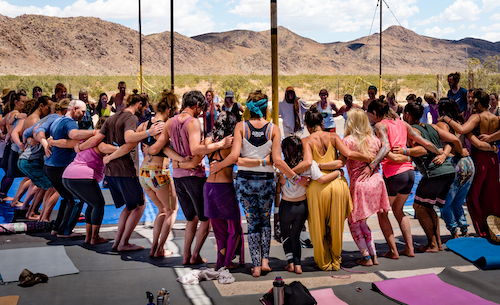 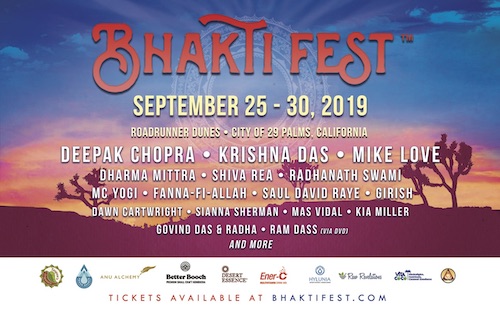