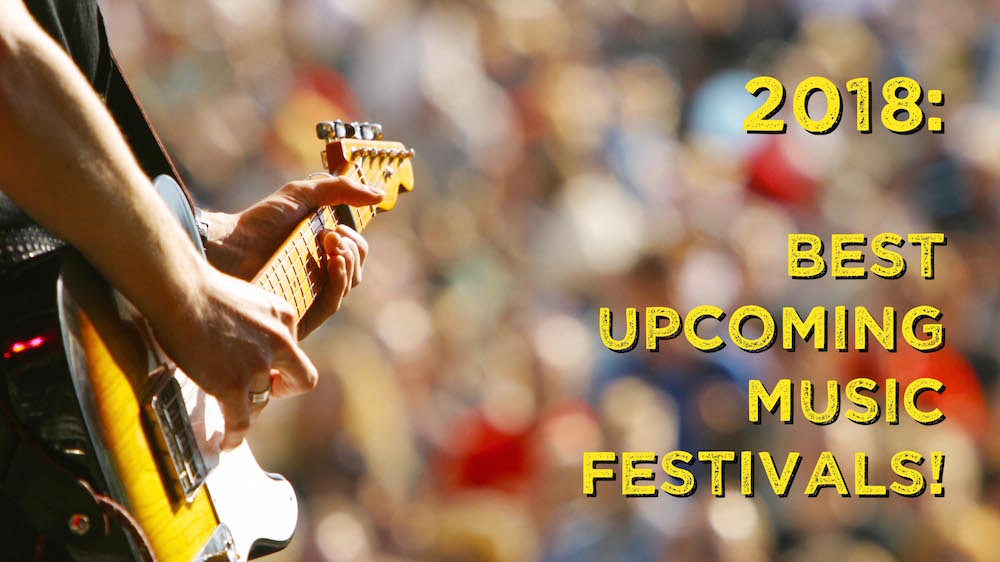 Forget Coachella and Bonnaroo.  There are a ton of other upcoming music festivals in 2018 where you won’t have to give up your seat to Paris Hilton or watch dozens of teenagers passed out with their shoes on (a festy offense!).

We’ve put together a list (in no particular order) of the 18 best music festivals of 2018.  These are the top festys that we think are totally worth going to.  While they may range in size from large to small, they all feature top-notch artists in venues and locations that are totally deserving of a road trip.

So get out your calendar and start your planning – here are the 18 best music festivals of 2018!

Who: The String Cheese Incident, Bassnectar, Griz Live Band, RÜFÜS du Sol and much, much more!

Why: The festival so good they had to add a second weekend! This String Cheese Incident festival has evolved to so much more.  A perfect blend of live music and DJs fused with incredible art installations and beautiful nature, Electric Forest has taken its place among legendary music festivals in the U.S.  Electric Forest is a top destination as one of the best 2018 music festivals! 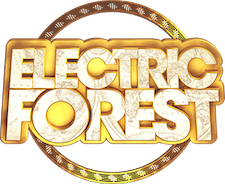 Why: In the past, LOCKN’ has brought in big names like Phish, The String Cheese Incident, Phil Lesh and Bob Weir, Greensky Bluegrass, Widespread Panic, Umphrey’s McGee, The Avett Brothers, Ween and My Morning Jacket.  We could keep going, but you get the picture.  LOCKN’ brings it!  Located in the beautiful Blue Ridge Mountains, but easily accessible from just about anywhere, it’s easy to see why LOCKN’ is one of the best music festivals of 2018.

Why: If you have yet to visit the Gorge Amphitheater, what are you waiting for?  This iconic venue is one of the most beautiful in the world, and Sasquatch Music Festival allows it to be your playground while celebrating the Memorial Day weekend!  Past headliners have included The Cure, Alabama Shakes, Vulfpeck, Big Gigantic, 21 Pilots, MGMT, Bonobo and a slew of other wide- ranging acts on 4 stages.

Why:  High Sierra is entering its 28th year, and there’s a reason that many attendees haven’t missed a single one!  An incredible mix of top-tier talent from a variety of genres leads to many unexpected collaborations, as the artists come to enjoy High Sierra as much as the fans.  A family-friendly environment, artist hosted “playshops” and gourmet food and drink are just bonuses.  Late night funk parties and impromptu campsite jams add to the allure of one of the best music festivals of 2018. 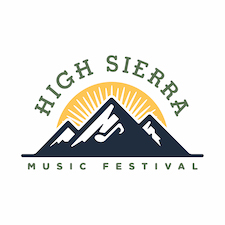 Who:  The Killers, The Chainsmokers, Portugal. The Man, Anderson Paak, Kendrick Lamar and more.

Why: Sure, you can camp in the woods for a music festival, or you can live it up in a beach-side condo or hotel while listening to your favorite bands as the warm Gulf waters lap at your feet!  This annual beach get-down is a nice change from the traditional music festival.  The blend of alternative rock, EDM, hip-hop, jam, and reggae gives a little something for the whole crew to make this a 2018 music festival destination! 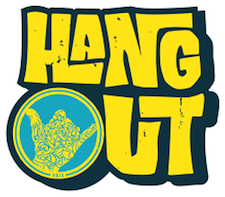 Why: Set in an easily accessible location in Colorado, Arise Music Festival creates a “festival experience which inspires positivity, joy and active engagement in issues of social justice is a call to celebrate the beauty and wonder of this precious life.”  With past performers including Atmosphere, Lettuce, Elephant Revival, Ani Defranco, The Traveling McCourys and Jurassic 5, this 2018 is sure to shape up to be a killer lineup as well, making Arise one of our top 2018 music festivals!

Why:  If you need to ask ‘Why’, then you’ve clearly never been to Telluride, Colorado!  One of the most beautiful towns you will ever encounter turns into a musical playground for one long weekend each June.  Camp in the shadow of the mountain or stay in luxury apartments.  Enjoy all of the incredible restaurants that Telluride has to offer, then dip your toes in the river before witnessing some of the most talented musicians alive on a stage with a breathtaking backdrop.  Yes, Telluride Bluegrass Festival is certain to be one of the best music festivals of 2018! 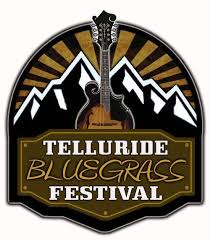 Why: Sunshine Grove is an 800-acre tropical wooded wonderland.  Beachside music and lake swimming barely scratch the surface of available activities in Okeechobee!  The festival creates ‘neighborhoods’ where you can relax with a smoothie, practice yoga, get lost in a psychedelic forest, shop arts and crafts, attend a late-night techno jungle party and bask in a tropical paradise!  Oh, yeah, the musical lineup kicks some serious ass as well – making Okeechobee one of the best music festivals of 2018! 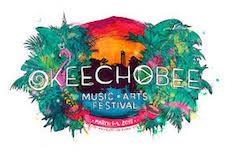 Why:  There aren’t any venues quite like Horning’s Hideout.  Camping is nestled among the trees, activities abound all day long, and the stage is set at the bottom of a natural amphitheater, providing a great view and incredible sound from every vantage point.  What makes Northwest String Summit so special, however, are the people in attendance – artists and fans alike.  Some of the same folks have been returning to this special music festival for 16 years, making this a true family affair.  But don’t worry, it’s not too late for you to join the family!

Who:  The String Cheese and more TBD (past artists include Greensky Bluegrass, Bassnectar, Ween, Griz, The Disco Biscuits, Primus, STS9 and many more!)

Why:  We are always asking people for their favorite music festival, and it is amazing how often Hulaween gets mentioned, and more often than not it is because of the Spirit Of The Suwannee Music Park.  This magical venue is unlike any other.  Camp in a tent or RV among the moss-covered Cypress trees while a traveling stage passes by, then ride a golf cart from stage to stage.  This festival is hosted by The String Cheese Incident, costumes are encouraged, and the Spirit Lake late-night party rolls until 5 am! 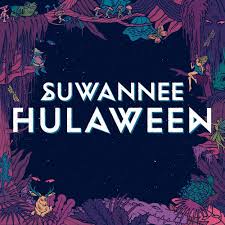 Why:  The legacy of the music of bluegrass legend Del McCoury and his family has been celebrated at Delfest for the past 10 years. And just like Del, it doesn’t give any hints of slowing down!  The Allegheny County Fairgrounds offers a beautiful location for a family-friendly hoedown!  The collaborations and impromptu performances are part of the allure of this magical bluegrass festival.  Add in all of the unscheduled campground jams and the raging late-night shows, and Delfest is sure to be one of the best music festivals of 2018 and years to come!

Read about our experience at Delfest

Why:  Atlanta based Sweetwater Brewery has been hosting this music festival since 2004, and it has grown each year.  Now held in the heart of Atlanta at Centennial Olympic Park, 420 Fest is bringing in some of the best talent around.  This eco-friendly, sustainable festival also has an incredible number of food options, art, comedy and workshops, as well as a disco, a 5k race and an incredible selection of microbrews!  There are plenty of hotel options close by, allowing the opportunity to enjoy all the offerings of downtown Atlanta while taking in one of the best music festivals in the country!  Oh, and did we mention it takes place on 4/20? 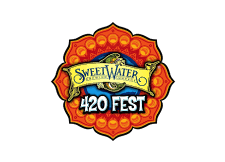 Why: Nestled in the woods right outside of the quaint river town of Eau Claire, Wisconsin lies Whispering Pines Campground, the site of Blue Ox Music Festival.  Camping is shaded and lovely, the festival grounds are well maintained and easy to navigate, and the best bluegrass, roots and Americana music in the land finds its way to Wisconsin for one magical weekend in June.

Who:  TBD, but the 20th Pickathon will certainly be bringing it!  (Past artists include Dinosaur Jr., Drive By Truckers, Hiss Golden Messenger, Yo La Tango, The Brothers Comatose and more.)

Why:  Pendarvis Farm in Happy Valley (right outside of Portland) is transformed into a beautiful piece of art each August for Pickathon.  The woods come alive with creatively decorated campgrounds, and each of the stages is a work of art in its own.  Pickathon also prides itself on sustainability, eliminating all single-use cups, dishes, and utensils.  Water refill stations abound, volunteers help carry your gear to campgrounds, and everyone at Pickathon seems to always be having the best time possible –  and they should be!  This Pickathon will definitely be one of the best upcoming music festivals in 2018. 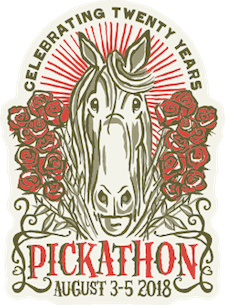 Why:  The hottest acts in bluegrass and jam grass are converging on old downtown Las Vegas.  The Plaza Hotel and Casino will be taken over by bluegrass fans who will enjoy a rooftop stage, theme nights and the Fremont Street Experience, all just an elevator ride away!  Oh yeah, plus you are in Vegas for the weekend!  This lineup would make for a top festival anywhere, but in Sin City, it’s bound to be one of the best music festivals of 2018! 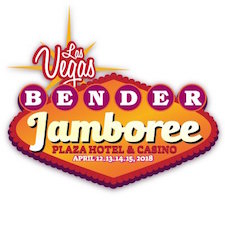 Why:  If you prefer to take your Womp with a good dose of Twang, this is a fest for you!  Mixing in the biggest and best acts of funk, electronica, and bluegrass, Summer Camp has grown to over 20,000 attendees and 7 stages in the last 17 years.  But don’t worry about the crowds. Everyone is family at Three Sisters Park, making Summer Camp a “home away from home” during Memorial Day weekend each year.

Read about Summer Camp from a volunteer perspective. 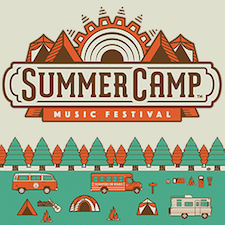 Why:  Oh, man, there are so many reasons why!  Dancing in the sand while the warm Caribbean laps at your ankles, surrounded by hundreds of friends and artists, with no definitive line between the two!  All you can eat and drink, luxurious accommodations, all day activities… here, just read this!  Strings and Sol 2017: Welcome Home, Sol-mates! 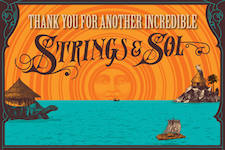 Why:  It’s hard to beat a location like Grand Targhee for a music festival – the road leading to the resort is set against the backdrop of the Grand Tetons, and the wildflowers are in full late summer bloom at festival time.  Headed into its 30th year, Targhee Bluegrass Festival is a legend among fans and artists alike.  Preceding the festival is Targhee Music Camp, and the instructors are often headliners at the festival.  The result is a festival filled with pickin’ from the campgrounds to the hotel lobbies. The 31st Targhee Bluegrass festival is sure to be one of the best of 2018!

Or can we?  That is a question to be addressed in another post!

For now, we hope you enjoyed our 18 Best Upcoming Music Festivals for 2018!  Let us know what you think, and what 2018 music festivals you are excited about!

Remember, Be Your Fest Self!

And don’t forget your festy toys!

We’re not messing around with this powerful water gun!

The days of using your own breath to blow bubbles are over!  Check out this portable bubble machine!

We’re partial to this Light-Up Frisbee by Nite-Ize

If you’re feeling really lazy, you can order this complete Pole-ish Horseshoes package! 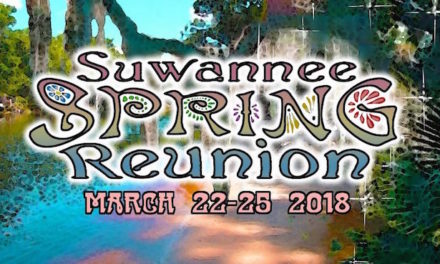 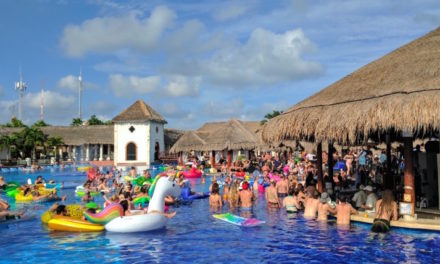 Strings and Sol 2021: Know Before You Go 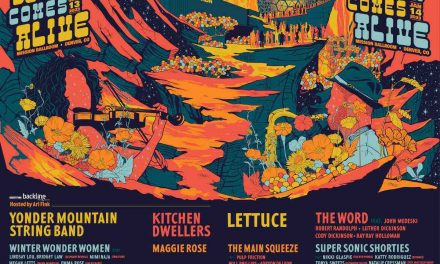 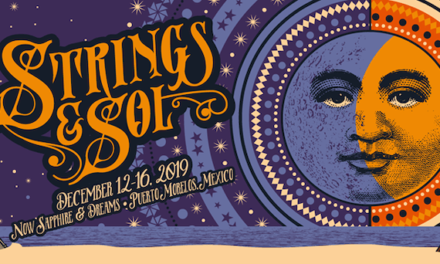